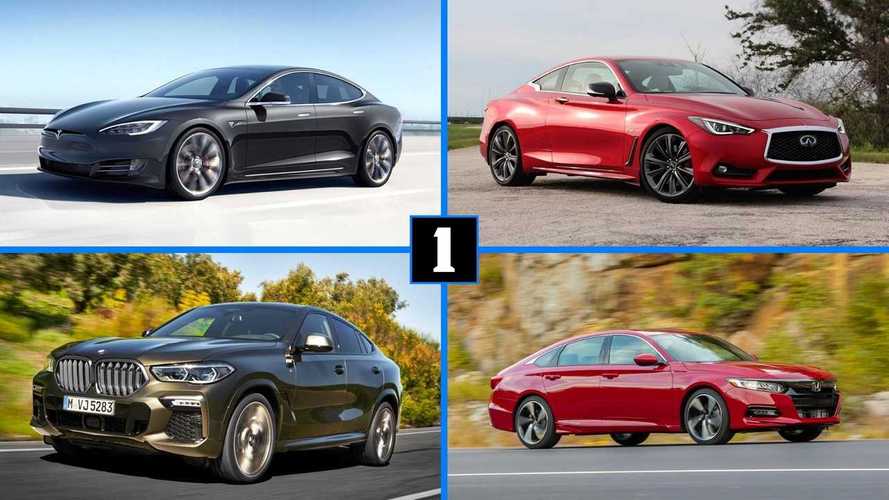 Here’s a rarity these days. This is a list of vehicles that includes zero pickup trucks and just two SUVs, though they decidedly fall into the realm of soft-roading crossovers versus anything truly rugged. This isn’t a worst-of list either, but rather, a list of the fastest-selling used cars currently on sale in America. Sedans and hatchback dominate this new study from iSeeCars, and it’s rather telling.

In fact, it’s virtually the exact opposite of what’s currently happening in the new car market. We recently covered the new car portion of this study, which is almost exclusively SUVs. To refresh your memory, iSeeCars took a look at new and used vehicle sales in America over the last few months, analyzing the sale of over 4.4 million vehicles. The focus here isn’t on the total number of sales or selling price, but rather, how quickly these vehicles sell. It’s a gauge of demand for specific models, and while SUVs are extremely popular for new-vehicle buyers, sedans and hatchbacks are absolutely desirable on the used market.

Other Vehicle Lists Of Interest:

According to iSeeCars, these vehicles sell 1.3 times faster than average, which is 68.9 days on dealership lots. All vehicles but one are pretty close in terms of time, and since we can’t resist the obvious pun, yes, this list could shock you. Here’s how they rank going from worst to first.

Spoiler alert: this won’t be the only Tesla on the list. In fact, Tesla is the dominating automaker this time around and it starts with the Model S. When a used example reaches the market, it’s typically gone in 50.7 days.

The plucky Corolla has a good reputation for practicality and reliability, and good deals can often be found in the used market. Its average sale duration is nearly identical to the Model S at 50.2 days.

Sedans aren’t dead in America and the Accord is proof of that. One of the ten best-selling cars of 2019, it’s popular in the used market as well with a 50-day average on the lot – almost a dead match to the Corolla.

The luxurious Infiniti offers sensational looks and impressive performance. Combine that with poor resale value and you have the recipe for a fast-moving car from dealer lots. Average sale time for a Q60 is 49.4 days.

With a starting price of around $80,000 new, the Model X isn’t cheap. As such, the seven-seat EV crossover doesn’t hit the used market often and when one does, it’s usually sold in 47.6 days.

New or used, the Civic is a popular car. There are plenty to choose from, but even with such a selection most used Civics sell in 47.4 days.

Similar to the Corolla, the Yaris is inexpensive and holds a reputation for reliability and practicality. 44.8 days is the average time it takes for used models to sell.

Here’s a bit of an outlier. The BRZ is certainly a niche vehicle that appeals to enthusiasts, but that means you don’t see many in the used market. As such, they spend 44.5 days on dealer lots before finding new owners.

This is the only traditional crossover SUV on the list. Its coupe-ish styling gives it sleeker look versus standard SUVs, but like the Infiniti, it suffers from terrible resale value. It’s not a stretch to see these models selling for half the original MSRP in just a couple of years, which is likely why the X6 sells within 43 days on the used market.

Tesla is the only automaker to make the list three times. Additionally, the Model 3 sells considerably faster in the used market than everything else here. When one is available, it sells in 29.3 days – far faster than the BMW and less than half the industry average for used cars. Of course, it helps when the car in question is as cool as the Model 3.