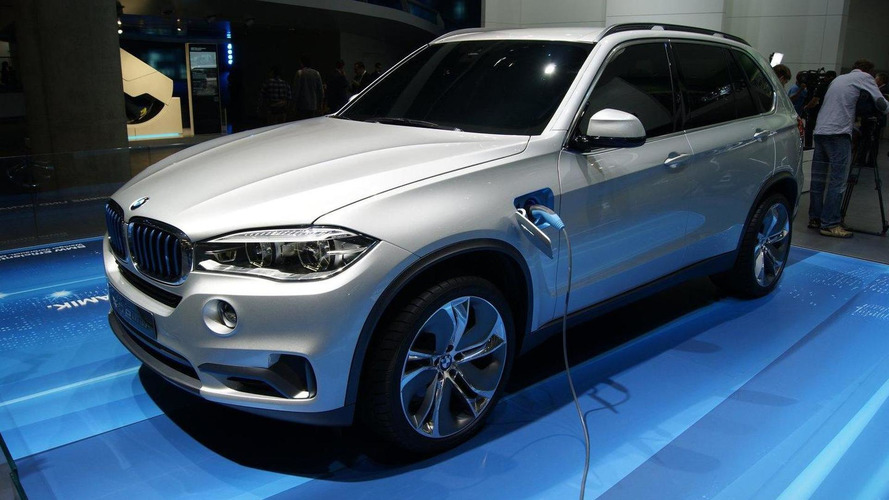 A new report is indicating the BMW X5 eDrive concept will spawn a production model later this year which will receive the "xDrive40e" nameplate.

A new report is indicating the BMW X5 eDrive concept will spawn a production model later this year which will receive the "xDrive40e" nameplate.

The X5 eDrive concept was unveiled by BMW last September at the 2013 Frankfurt Motor Show and shortly after its unveiling the Bavarian marque announced plans for a production derivative. It seems this will happen later this year as BimmerToday reports the car will go on sale in 2014.

It will have a 4-cylinder, 2.0-liter turbocharged gasoline engine working together with an electric motor to generate a combined output of 272 HP (200 kW) which will grant the plug-in hybrid SAV with a 0-62 mph (0-100 km/h) run in less than seven seconds. The 70 kW electric motor will provide the car with a top speed in electric mode of 74.5 mph (120 km/h).

Don't expect any major visual changes as the only modification will be an additional opening at the front left fender for the power connector to charge the battery pack which BMW has installed at the back of the vehicle.

BMW could decide to unveil the xDrive40e as early as March at the 2014 Geneva Motor Show or they could do it in September in Paris.

BMW i Hydrogen NEXT concept