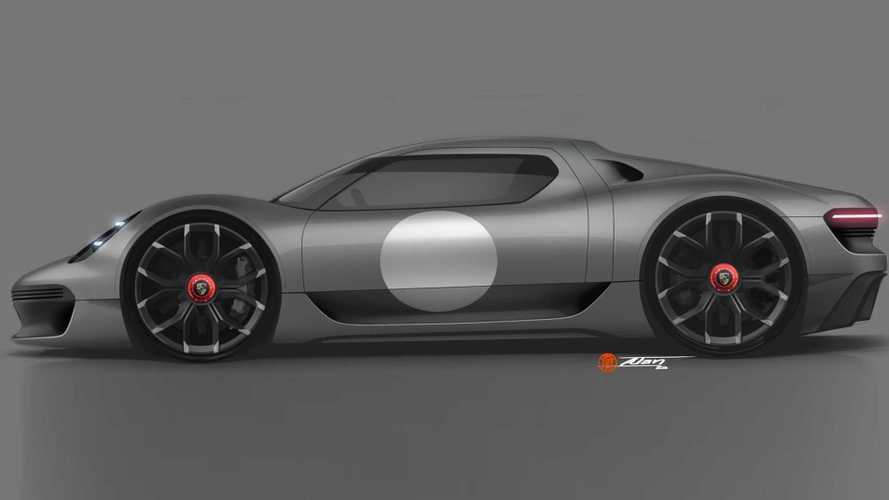 The artist calls it a "baby supercar."

Alan Derosier had an idea – to put his excellent design skills to good use and work on an imaginary supercar that would complement Porsche’s most recent flagship model, the 918 Spyder, for a fraction of the price. The idea stemmed from a hypothetical 904 revival by drawing a modern interpretation of the short-lived Carrera GTS from the mid-1960s.

The end result is what the artist refers to as a “baby supercar” by combining the proportions of the 718 Cayman with tech inherited from the aforementioned 918 Spyder. The 904 influences are quite obvious, from the shape of the doors to the air intake behind them. Sleek LED headlights and taillights inspired by those of the Mission E concept bring the 904 into the 21st century to create a wonderful mélange of old and new.

From The Same Artist:

The Carrera GTS as it was officially known is exceptionally rare, with only 106 cars ever made as Porsche turned down hundreds of requests from customers eager to buy the road-going version of the homologation special. In the same vein as most of today’s Cayman models, it used a four-cylinder engine mounted between the axles sending power to the rear wheels.

As envisioned by the former Chery senior exterior designer, the modern-day 904 would inherit the hybrid-related technology Porsche developed for the 918 Spyder with its dual electric motors. Over seven years have passed since the last supercar from Stuttgart, meaning the tech has become more accessible. Alan Derosier imagines his Carrera GTS reboot carrying a sticker price 50 percent lower compared to the 918, which originally had a starting price in the United States of $845,000.

He Also Did These:

The 4.6-liter V8 would probably pose packaging issues considering the car’s petite size. A more compact four-pot with hybrid assist thrown into the mix would stay true to the 904’s roots while embracing Porsche’s electrification push. At over $400,000, it would bridge the gap between the top-tier 911 models (Turbo S, GT2 RS) and a future 918 Spyder replacement due by the middle of this decade at the earliest.

Of course, this is only a pipe dream, but we certainly wouldn't mind seeing a "lesser supercar" from Porsche to take on the likes of McLaren and Ferrari.