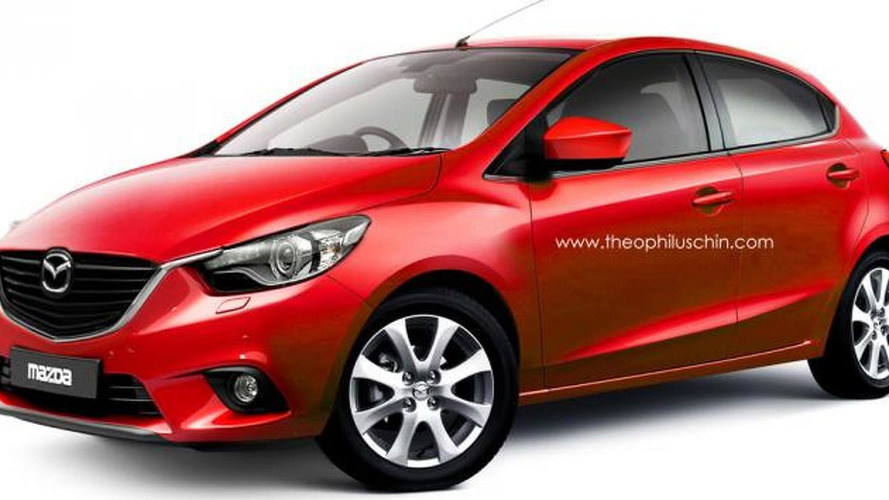 The Japanese marque will utilize a downsized version of its Kodo design language to create the Mazda2 set to come out later this year, possibly in the fall. We don't expect any major styling changes as the model will look a lot like a smaller Mazda3 hatchback and that's not necessarily a bad thing since the “3” is an appealing compact offering in both hatchback and sedan forms.

Mazda has already announced the new "2" / Demio will mainly target a female audience and rumors are indicating the vehicle will utilize a shorter version of CX-5's platform that will also underpin a compact crossover. The supermini is expected to grow in size and will utilize the now familiar Skyactiv engines so it should turn out to be a very frugal car.