Next-gen Audi A4 spied for the first time 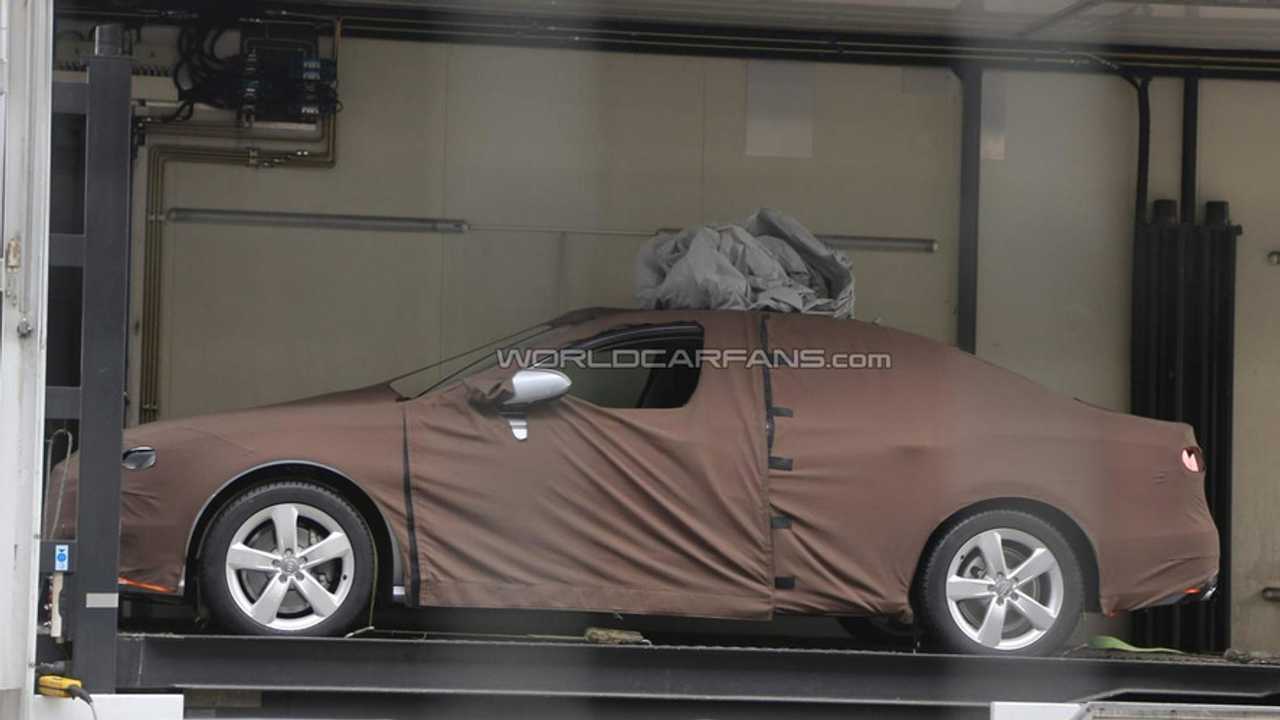 The next generation of the Audi A4 (codenamed B9) has been spied for the first time, wearing a significant amount of camouflage.

The next generation of the Audi A4 (codenamed B9) has been spied for the first time, wearing a significant amount of camouflage.

We have been talking about the next-gen Audi A4 since 2012 and today a heavily camouflaged prototype was spied while being loaded in a truck. It was an early prototype judging by the fact it had not one but two covers of camo to hide the design which is rumored to be more muscular and should bring improved aerodynamics, as well as LED-infused headlights and a distinctive rear spoiler.

Despite the heavy disguise, we immediately notice the new Audi A4 will have a lower front and a longer rear, while the exterior mirrors have been entirely redesigned. In addition, the line above the door handles seems to be closer to the window frame.

Rumors involving the next-gen Audi A4 are indicating the German executive sedan will get cylinder deactivation technology as well as an e-quattro system which will have an electrically-driven rear axle. Moreover, the Ingolstadt-based automaker has already confirmed a plug-in hybrid version and Audi's design chief Wolfgang Egger said back in May last year the upcoming A4 will adopt an upright "three-dimensional" front grille along with better defined wheel arches.

The vehicle is expected to be 4701mm long, 1862mm wide, 1417-1437mm tall and is rumored to shave off around 100 kg (220 lbs) so the lightest variant will tip the scales at around 1,330 kg (2,932 lbs). Inside it will reportedly offer an improved MMI infotainment system with a touchpad controller, along with a head-up display and an all-new rearview mirror with a built-in information display.

Gallery: Next-gen Audi A4 spied for the first time