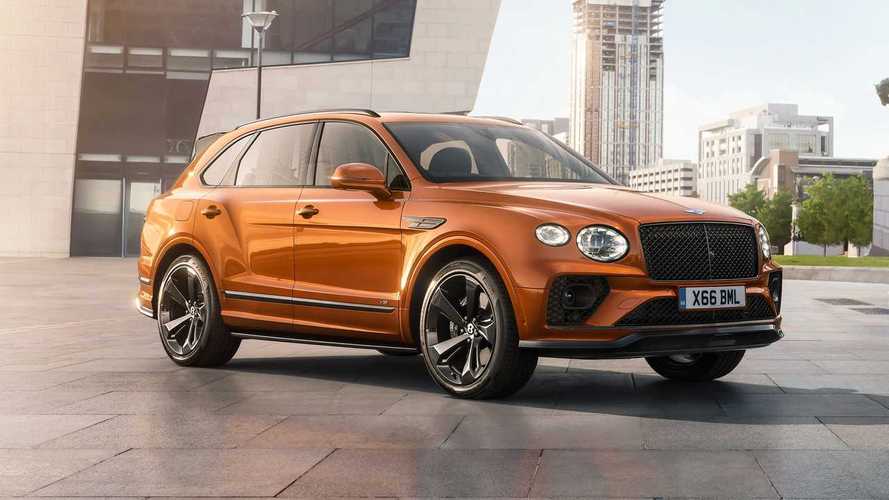 The end of June marked the launch of a new 2021 Bentley Bentayga. It debuted with a revamped exterior design and tweaked interior, signaling the luxury SUV's first significant update since it was introduced in 2016.

Now, for the one-percenters who have already placed an order for the posh high-rider, Bentley has released four accessory options to heighten up its appeal and functionality. The four accessory packages are Exterior, Interior, Touring, and Protection. More importantly, the official accessories include the Akrapovič sports exhaust.

Of course, the Akrapovič sports exhaust aims to enhance the sound coming from the Bentayga's 4.0-liter V8 for a "more exciting exhaust note." As expected, the lightweight exhaust system is made of high-grade titanium and comes with a set of link pipes, a muffler, and two sets of oval coated tailpipes with Bentley and Akrapovič logos.

As for the Interior package, Bentley throws in leather-trimmed cushions and additional footrests at the rear seats. A set of bespoke luggage is also being offered apart from water-resistant golf bags.

One Of The Poshest SUVs Out There:

For the adventurous one-percenter, Bentley also offers the Touring package, which expands the SUV's storage capacity. The highlight of this set is the luggage management options for the trunk, as well as the Bentley roof box, bike carrier, and ski/snowboard roof storage. There are two versions of the bike carrier, dubbed as the Bentley Cycle Carrier, which allows you to bring up to three bicycles.