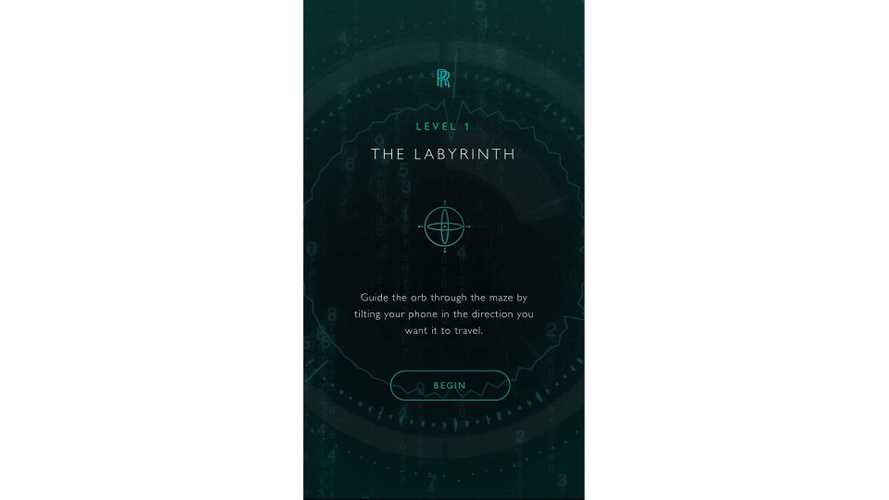 To coincide with the launch of the new Rolls-Royce Wraith Kryptos Collection, the British luxury carmaker has launched a new online game. Available to play on the Rolls-Royce website now, the game involves players solving cryptic challenges over four progressively harder levels. Upon completion, the player will receive their own personalized Rolls-Royce treadplate.

The Wraith Kryptos Collection was revealed earlier this month. The 50-car run features cryptic messages and code embedded all over which Rolls-Roys says "lead to an enlightening conclusion", and those that complete the challenge are invited to submit their findings via Rolls-Royce’s highly exclusive members' club, the Whispers Application.

The online game offers those that won't be one of the lucky owners of the car to take on a similar challenge, presenting a similar code to decipher across its four levels.

Inspired By The Code:

On the first level players guide an orb through a maze by tilting their mobile device. That's followed by a series of questions, then on the third level, observational skills are tested. Finally, the fourth level consists of cryptographic ciphers that are "designed to boggle and bewilder ... the most agile and determined minds alone."