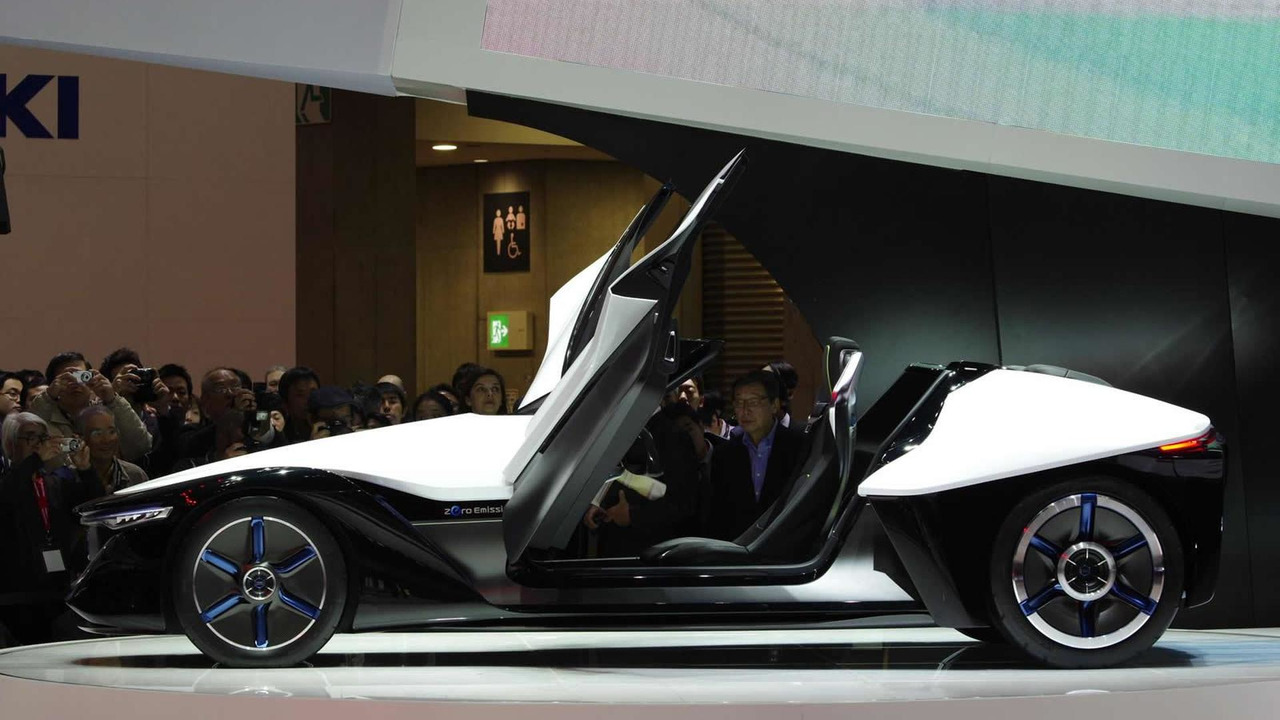 When Nissan introduced the BladeGlider concept at the Tokyo Motor Show last November they said it has what it takes to become "the best handling production car in the world." Now, Nissan's Andy Palmer says a production model derived from the concept is in the company's "mid-term plan" and their "intention is to do it."

The concept has a 1+2 seating layout and adopts a 30:70 weight distribution with the two in-wheel electric motors and lithium-ion batteries at the back. The BladeGlider's front track is just one meter wide and according to Nissan this solution has improved not only the car's aerodynamics, but also its handling and agility.

Don't expect a production model in the immediate future since DeltaWing Racing has sued Nissan as they want to stop the Japanese marque from selling any type of car featuring a delta wing shape.