It follows the naming convention of the CX-30.

Last July, Mazda went on a patent spree, filing like crazy in the US and Europe for a slew of monikers. At the time, we didn’t know what to make of Mazda’s move, though it occurred after the company revealed the CX-30 crossover. Now, a new report from Spyder7 (translated) says that one of those patent filings, for the CX-50, could become the CX-5 successor that could arrive in a couple of years.

The publication suggests that the CX-50 will move to Mazda’s new rear-wheel-drive platform, which will also underpin the upcoming redesigned Mazda6 sedan. That means the crossover could get the automaker’s slew of new inline-six and hybrid powertrains. Top trims would get the 3.0- and 3.3-liter inline-six mills. The larger one is a diesel, while there’ll be two smaller 2.5-liter powertrains. One will be a hybrid. There’ll also be a 2.2.liter inline-four diesel available. 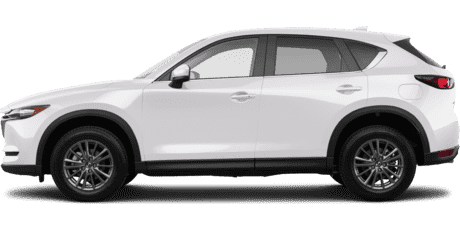 Spyder7 says the crossover’s design will change, with Mazda following other automakers by giving the crossover a coupe-like appearance with slanted A and C pillars.  However, the CX-50 will continue Mazda’s Kodo design language at the front with the expansive grille and thin headlights, though the publication expects some changes like a bold diffuser. It could borrow the sleek-looking design of the CX-30.

Mazdaspeed Cars Aren’t Coming Back Soon (Or Maybe Ever)

Mazda always seems to have several rumors ricocheting around the internet at any given time. The hope of the rotary’s return has been on life support for years, though the sputtering bits of info from Mazda has kept fans faithful. We’re still waiting for more details on the new Mazda6, too. Then we have to contend with reports that Mazda won’t have any product launches through March 2022, which makes us wonder when we’ll see the sedan and the rumored CX-5 successor. Unsurprisingly, Spyder7 says it could arrive in 2022, though it mentions a 2021 reveal as well.