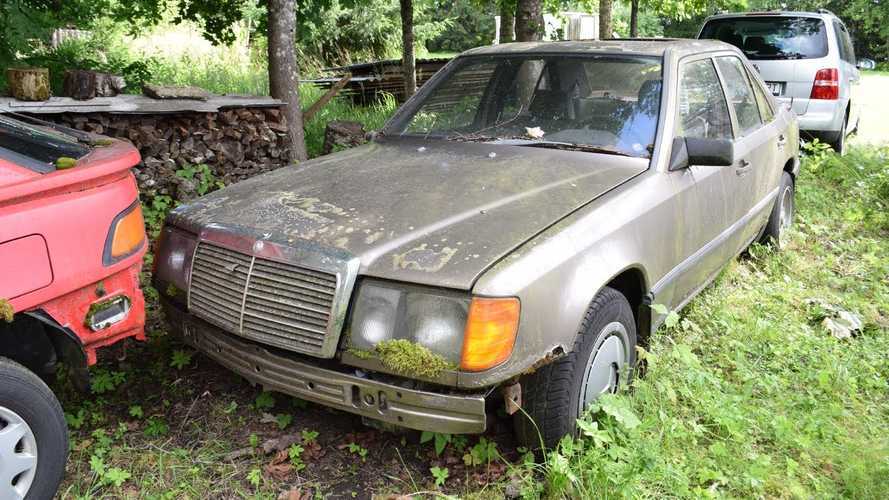 It’s often been said that diesel engines provide superior reliability with proper maintenance. While we’ll let you decide whether that is still the case, the video below is no exception. In its latest installment, YouTuber Flexiny takes a diesel Mercedes-Benz that had been dormant for 16 years and gets it running again.

As the 1988 Mercedes-Benz W124 had been stationary for so long, the first order of business was to get the car out from under its hiding place. Surprisingly enough, three of the four tires held air with no issues. After getting the car in a better position and raising the hood it appeared the engine was in surprisingly good condition. Various components looked seized up, but the oil dipstick didn’t come up dry and most components appeared to be relatively healthy.

Following a battery swap on the car, some sort of alarm on the dash lit up. After some searching to diagnose the problem, the worker finessing the car back to life found the issue. With the alarm disabled, all of the electrics seemed to function as normal.

What's Mercedes-Benz Up To Now?

With a little bit of anti-seize on various components, the engine turned over but never really started up. Somehow after removing a belt at the front of the engine, the car started with no issues. After refilling some fluids and replacing the belt that was removed, the car fired up again with the same vigor. We’d love to see if the gearbox was in working order, but as these things go, you have to walk before you can run.

The engine didn’t sound completely healthy after coming back to life, but we were surprised that it fired at all. Let us know what you think of this Mercedes-Benz revival in the comments below.