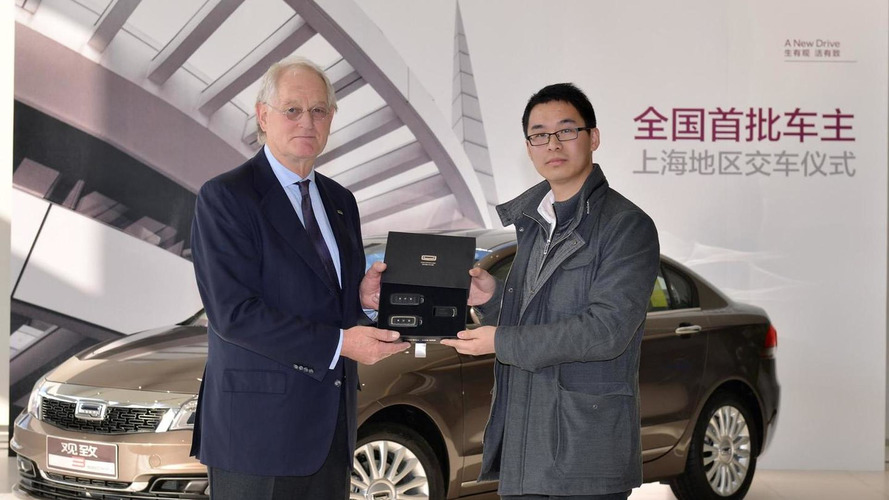 Qoros has announced deliveries of its first production have commenced, approximately six years since the company was founded.

Qoros has announced deliveries of its first production have commenced, approximately six years since the company was founded.

The firm's first production model is the 3 Sedan and Mr Yu Min was the first to own the car. He is a 27-year-old interior designer from Shanghai and received the vehicle from Qoros vice chairman Volker Steinwascher at a special event organized at the Guanshan, Shanghai dealership.

The vehicle of choice was the 3 Sedan in the Elegance trim with a Macadamia Brown exterior paint scheme. Qoros' first customer said he selected this model because he likes "to try something new and understand that it stands for a brand doing things differently.  Qoros may be new but its products are exceptionally well-engineered and well-built."

Qoros has already outlined its plan for a second production model which will be showcased in March at the 2014 Geneva Motor Show.