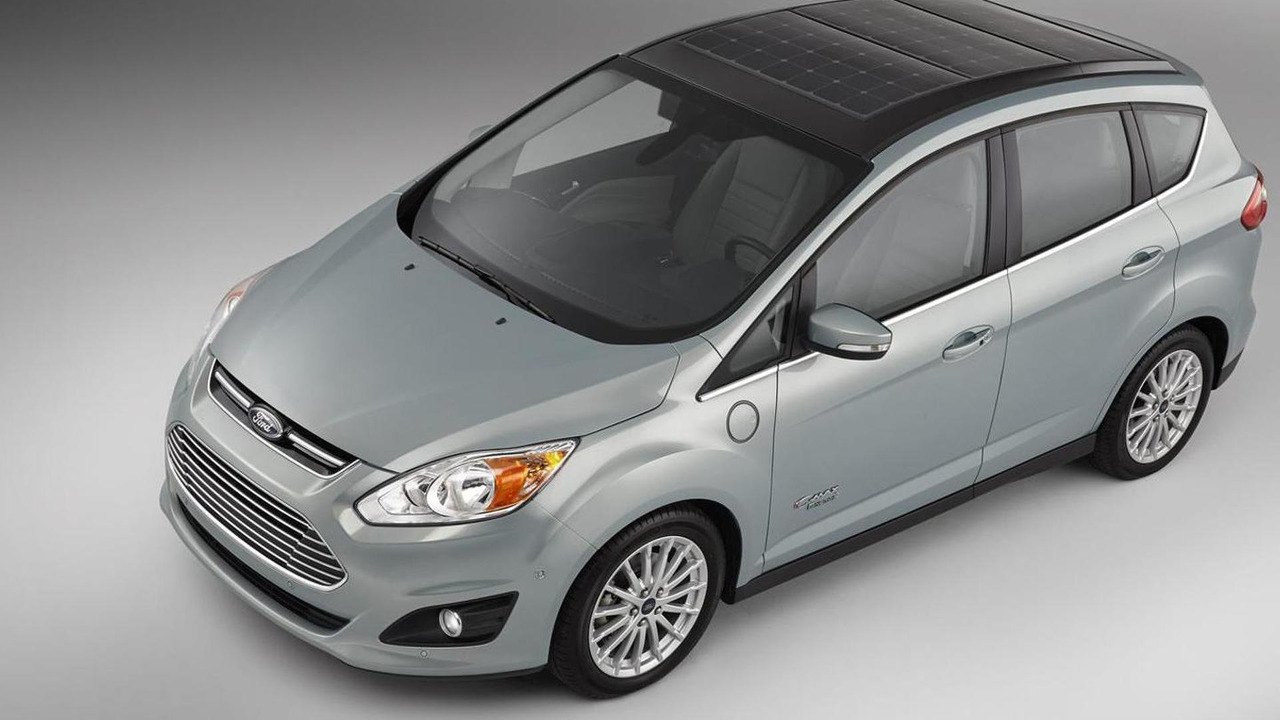 Ford has unveiled at 2014 CES the C-MAX Solar Energi concept equipped with a solar roof panel.

Ford has unveiled at 2014 CES the C-MAX Solar Energi concept equipped with a solar roof panel.

The interesting concept is a plug-in hybrid with a battery pack that can be charged not only from an electrical outlet but also from the sun's power. It uses a specially developed concentrator which acts like a magnifying glass to direct the sun's rays to the solar panels mounted on the vehicle's roof.

According to the Blue Oval company, a day's worth of sunlight can provide the vehicle with the same level of performance offered by the C-MAX Energi plug-in hybrid which can do 108 MPGe city / 92 MPGe highway / 100 MPGe combined and offer a range of 620 miles (998 km). Ford says using this vehicle would reduce annual gas emission by four metric tons per owner each year.

The 2014 Ford C-MAX Solar Energi concept will be shown at CES and is the result of a collaboration between Ford, SunPower Corp. and Georgia Institute of Technology. The concept will be tested in the coming months to see if it’s production feasible.