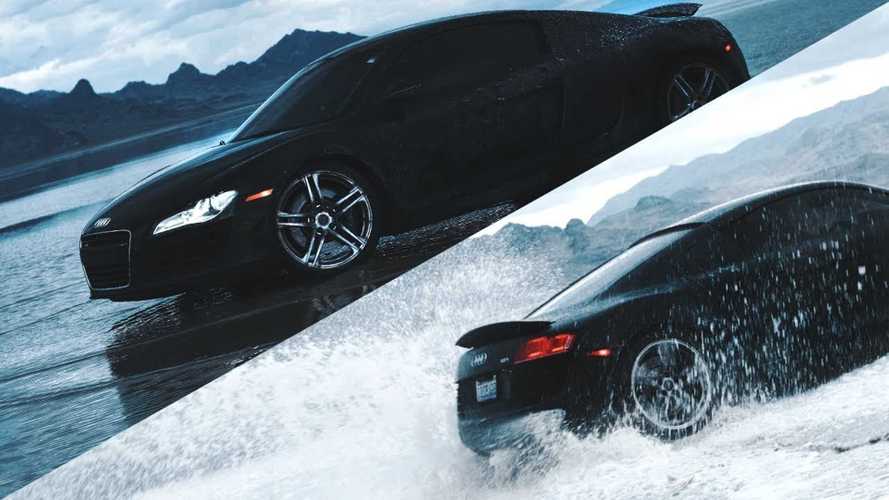 To most petrolheads, when we hear about salt flats we are immediately drawn to Bonneville. While the salt flats at Bonneville are known for being the spiritual home of the land speed record, designer and visual artist Isaiah Suko saw it as the perfect place to capture some cinematic drifting footage.

For the uninitiated, Suko refers to himself as a multidisciplinary creative with work in photography, videography, graphic design, and branding. He’s had the opportunity to photograph artists like Soulja Boy and Drake Bell, all while travelling the world and designing brands for his clients.

On his way back from a road trip with a friend, Suko decided to jump out and capture some video of their Audi R8. What better venue to do so than the Bonneville Salt Flats the pair came across on their journey back to Phoenix from Seattle. As a bonus, the salt flats were flooded from a recent rain shower and did an excellent job to showcase the all-wheel-drive grunt of the R8.

Are The Speeding Days Of The Bonneville Salt Flats Ending?

The vehicle in the video appears to be a first-generation Audi R8. As the engine note is dubbed over by music to accompany the video’s aesthetic, we can’t be sure whether it boasts a V10 or V8. That said, we know any petrolhead worth their salt would never pass up an opportunity to slide around on the Bonneville Salt Flats.

Following the drifting escapade, the video features a coin wash where the R8 gets a good powerwash and leaves looking refreshed. Unsurprisingly, the car wash was an excellent opportunity to get more cinematic shots of the German supercar. Although the video doesn’t possess a storyline of any sort, it does a great job of showing how well the freshman R8’s looks still hold up.