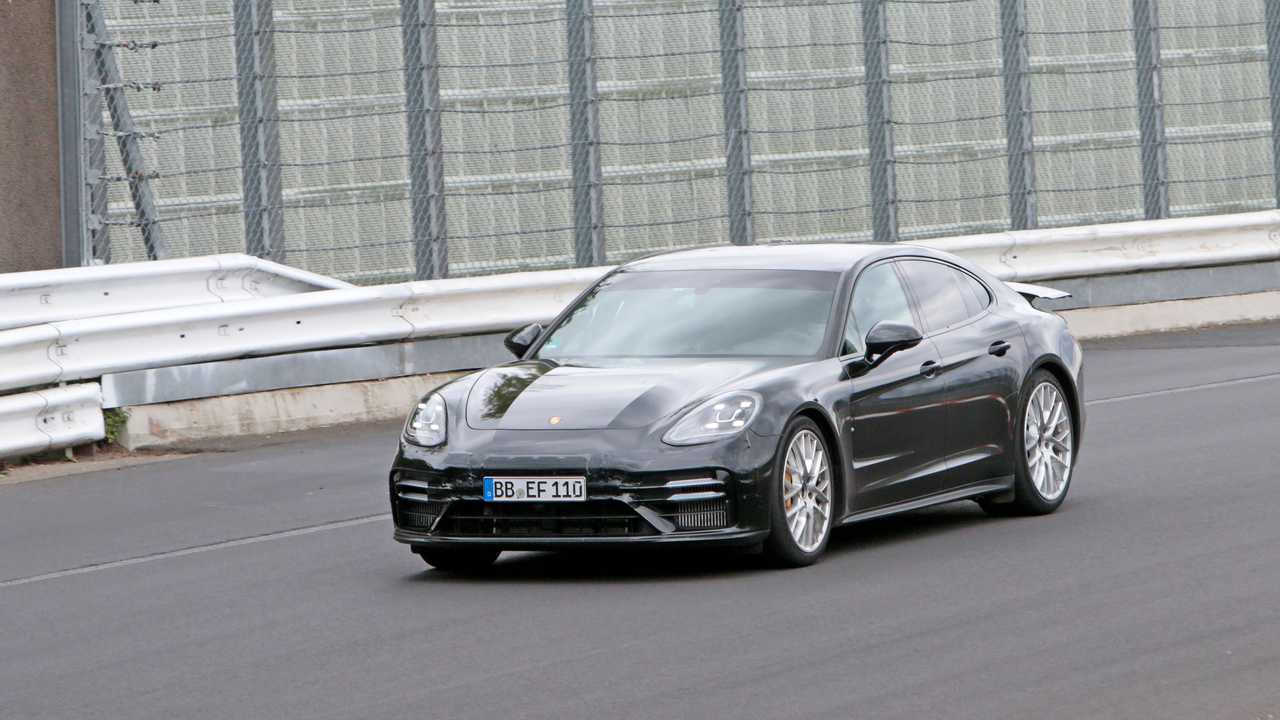 At 7 minutes and 11 seconds, is this the new fastest sedan around Green Hell?

Update: A representative from Porsche replied to our request for confirmation, saying the company doesn't "comment on potential developmental projects or potential future products." That's not exactly an outright denial, but it doesn't alleviate any of the fast sedan's mystery, either.

Porsche may have just set a Nürburgring lap record for sedans, using the massaged and tweaked Panamera "Lion." As we reported last year, the Lion is a lightened and more powerful (and officially unconfirmed) version of the Porsche Panamera Turbo, and our sources say one might have claimed the Green Hell’s lap record for sedans with a time of 7 minutes and 11 seconds.

Apparently, at the end of a normal manufacturer day at the Nürburgring, rumors started flying that Porsche was there with an official timekeeper and notary, as well as the same stripped and camouflaged Panamera we’ve seen before. According to our sources, the company performed a cool lap to do some car-to-car photography (likely for press and promotional reasons), and it was on this lap that spy photographers were able to get closer looks at the powerful Porsche.

Of course, the company was pretty tight-lipped about its presence at the Nürburgring that day, and representatives haven’t yet responded to our requests for comment – we’ll update this article as soon as they do. But given the hullabaloo at the track, we expect an official announcement of some kind sooner or later.

Details of the so-called Lion are thin on the ground. This batch of photos doesn’t reveal much, though we can clearly make out some intercoolers behind the front grille openings. The Panamera is riding on 21-inch SportDesign wheels with a basketweave pattern, and there are yellow brake calipers to suggest the company’s carbon-ceramic braking package. A racing harness and bucket seat appear behind the steering wheel.

Previous reporting suggests this Panamera could boast 750 horsepower (559 kilowatts) from its gas-only engine, likely a twin-turbo 4.0-liter V8 similar to that of the 550hp (410-kW) Panamera Turbo. Stiffened and safety-fied thanks to a roll cage, the Lion has also reportedly lost 550 pounds as part of its fitness regime, bringing its weight to just over 4,000 pounds.

We’ve also wondered whether Porsche has kept any of its interior intact, since we think nabbing a sedan lap record in a stripped, two-seat hatchback would be a bit of a cheat. Here’s hoping the company at least gave it four racing seats so the whole family can enjoy some of the Nordschleife’s picturesque surroundings.