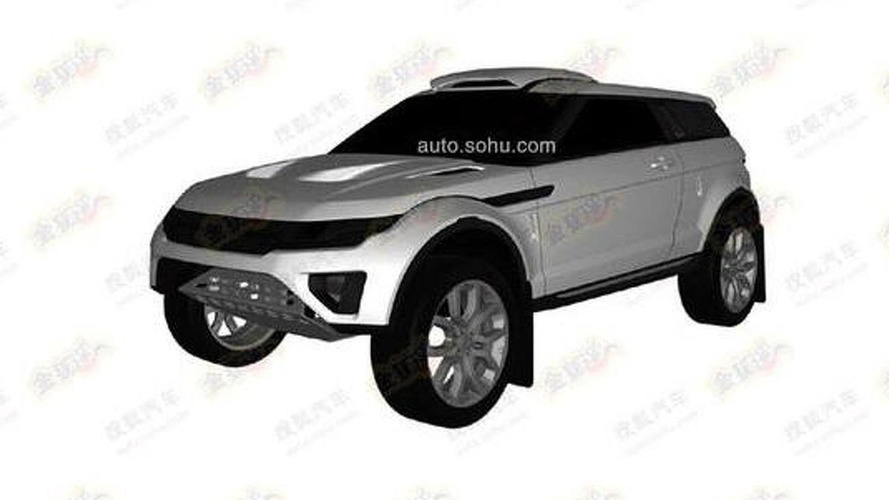 Details about the car are not available at this point but it could be a special edition created exclusively for the Chinese market set to be unveiled in April at the 2014 Beijing Auto Show. The vehicle does bear some similarities with the Desert Warrior 3 used by Excite Rallye Raid Team in the FIA T3 world championship but we can't find a reason why the builder would apply for a patent in China.

The vehicle seen here rides on huge alloys and comes with a significantly increased ride height. We also notice the addition of a ventilated hood, a roof scoop and huge mud flaps at the back. All these additions could make the three-door Evoque a more appealing choice to male buyers in China where the car's main audience are women.

As WCF user Ganz suggested, it might be a Bowler-prepared variant for racing or even a road-legal model since Land Rover and Bowler have signed a partnership last year to collaborate on road-legal models and have already introduced the Bowler EXR based on the previous Range Rover Sport.