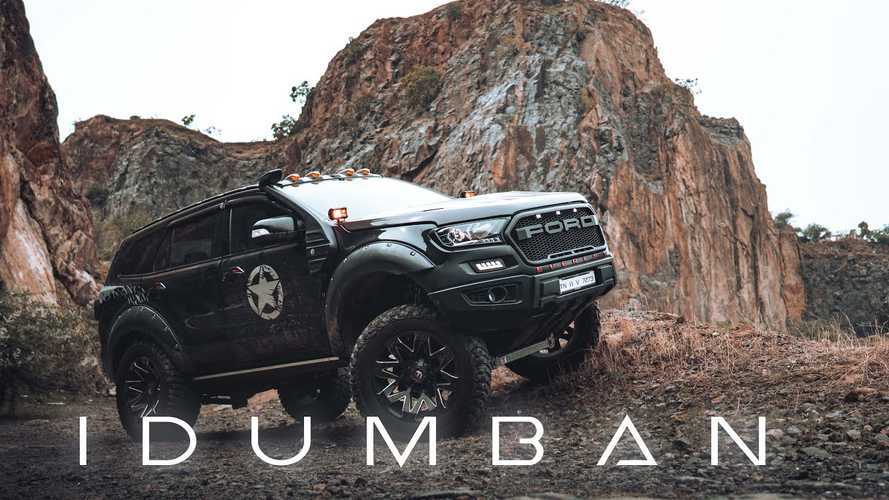 It's name is Idumban, but we'll just call it freaking awesome.

In Australia, SUV shoppers can buy a vehicle called the Ford Everest. In India, the same machine is called the Ford Endeavour. Its body-on-frame underpinnings are based on the Ford Ranger, which is certainly well-known in the States. The specific vehicle you see here is affectionately called Idumban, and frankly, it doesn’t care what you call it because, well, look at it.

This modified people mover looks ready to devour anything in its path. According to the short video from ZealCreations Official channel on YouTube, it’s the first such creation do grace the roads landscape of India. It’s not a kit that you can buy from a tuner, though. An Instagram account called idumban.v claims to be the owner of this one-off machine, which apparently was also rather pricey to build. In addition to the video saying it’s the first such Endeavour in India, the Instagram account says it’s also the most expensive.

Judging by the looks of it, we have no doubt some coin was spent on its development. Full details aren’t known, but the video description lists a 12-step adjustable nitrogen suspension that helps lift the SUV seven inches over its stock ride height. Beefy 35-inch off-road tires further help that cause, ridding on Fuel Ambush 20-inch wheels. Eight-inch fender flares give the tires clearance, and to add extra aggression to the styling, A Raptor X body kit and a carbon-fiber hood offer a definitive Raptor makeover. A snorkel positioned above the roof punctuates the Idumban conversion.

Rule The Road With This Super-Rare Mercedes Unimog

Watching the video and perusing the photos on Instagram, we can see there’s a bit more to the build than what the description says. Extra lights adorn the exterior, and the undercarriage appears to have some added protection with skidplates. We hear a snarling V8 in the video, but that could simply be part of the soundtrack as 3.2 badging is still prominent on the fenders, indicative of the 3.2-liter inline-five diesel that’s offered for the Endeavour.

Curiously, this specific SUV wears prominent Everest badging despite the video and Instagram posts calling it Endeavour. Considering how insanely badass this thing looks, we aren’t going to remotely criticize its name. Instead, we’ll simply call it awesome.