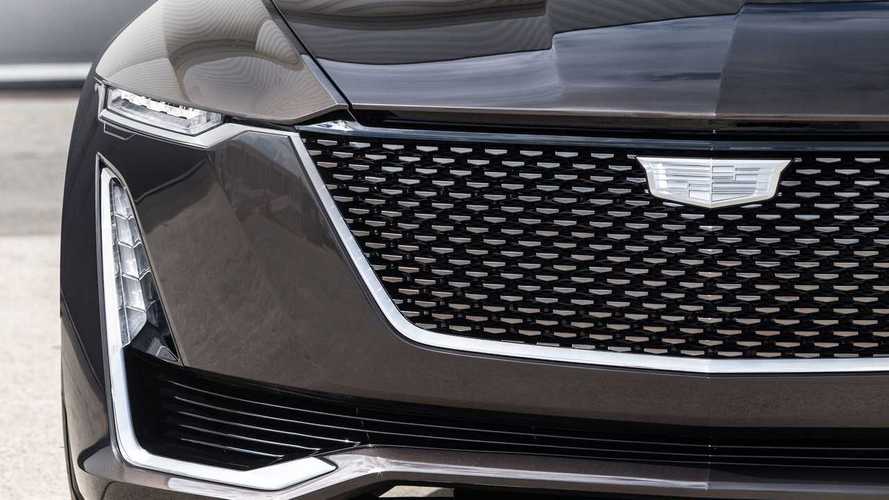 The Cadillac Symboliq could follow Lyriq and Celestiq as part of the brand’s electric push.

Cadillac has two new questionably named electric vehicles on the way: Lyriq and Celestiq. The midsize Lyriq crossover debuts on August 6, and it will be the brand's first electric SUV. We're not sure when the Celestiq comes out, but rumors say it will be a large and luxurious flagship sedan with a price tag of nearly $200,000. Now, recent patent filings point to a potential third model, dubbed Symboliq.

Uncovered by the website Cadillac Society, the entry consists of both the name "Symboliq" on its own, as well as "Cadillac Symboliq." Both are for "motorized land vehicles, namely automobiles" according to the trademark, filed on July 21, 2020, with the US Patent and Trademark Office, and the following day with the Swiss Federal Institute of Intellectual Property. Though it should be noted that this is a brand new trademark and it won't be granted with the USPTO until approximately three months after filing.

Still, the Symboliq could be the third of five electric vehicles promised by the brand over the next few years as the company rapidly shifts to a more EV-centric lineup. It's unclear exactly what kind of vehicle will use the new Symboliq nameplate, if any at all, but our best guess is a small crossover about the size of the XT4. Also rumored to join the Cadillac EV lineup is a three-row crossover sized like the XT6, as well as an electric version of the Escalade.

What we know thus far about the upcoming Cadillac Lyriq is that it will be based on the concept with the same name we saw in 2019. A recent teaser video of the proposed production version shows the outline of an SUV that's only slightly different from the original prototype, with distinctive features like LED headlights and a coupe-like sloped roofline. We'll know all about the new Cadillac Lyriq when it debuts next month.