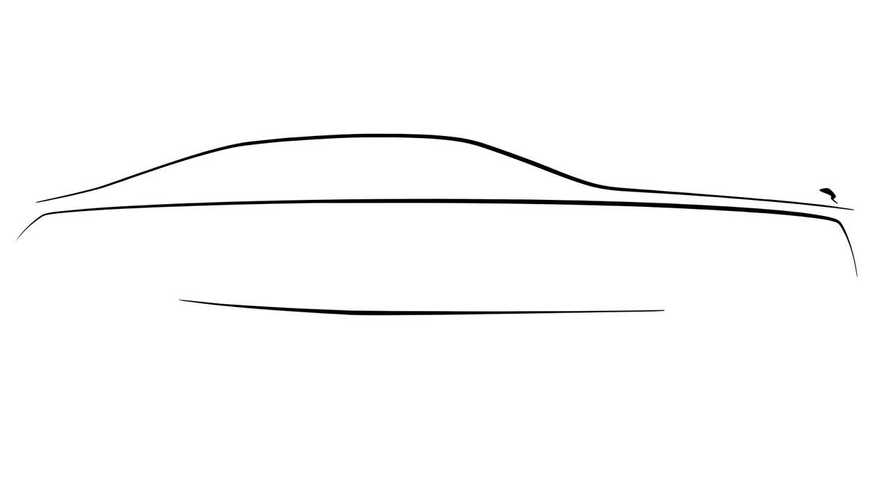 Designed and engineered from the ground up.

As work on the next-generation Rolls-Royce Ghost continues at full steam, the marque’s Chief Executive Officer, Torsten Müller-Ötvös, has decided to share an open letter with the media which - together with an early outline of the model - serves as the first official teaser. The British company’s CEO says the firm is moving on plan with the development despite the coronavirus outbreak and a full debut of the new Ghost is planned for this fall.

Since its launch in 2009, the Ghost has become the most successful model in the entire 116-year history of Rolls-Royce, which puts a lot of expectations on the shoulders of its successor. In order to build a product that will remain competitive and attractive for the next 10 years, the automaker has “had to listen very carefully” to the demands and desires of its clients. And the response was simple - we’d like the new Ghost to be opulent but minimalistic in terms of design, and to remain a car that can be driven or to be driven in.

2021 Rolls-Royce Ghost Loses All The Camo In New Renderings

Basically, this meant that Rolls-Royce had to build a car from the ground up - and that’s exactly the case with the new Ghost. Everything is “entirely new,” aside from the Spirit of Ecstasy emblem and the integrated door umbrellas - these are the only components that will carry over from the current model to the new Ghost, everything else will be brand new.

“We found that these [our] clients are showing a marked tendency towards luxury objects that celebrate reduction and restraint – that don’t shout, but rather, whisper,” Müller-Ötvös explains. “They are seeking design purity by rejecting obvious and unnecessary embellishments and overt complication. To complement this minimalism, our Ghost clients require innovative but effortless technology and real engineering substance in their car.”

Rolls says it will release a mini-series of four animations during the next few weeks, which should provide more little pieces of the new Ghost puzzle. The teasers will culminate this fall with the online premiere of the luxury model, which will be followed by client and media drives.