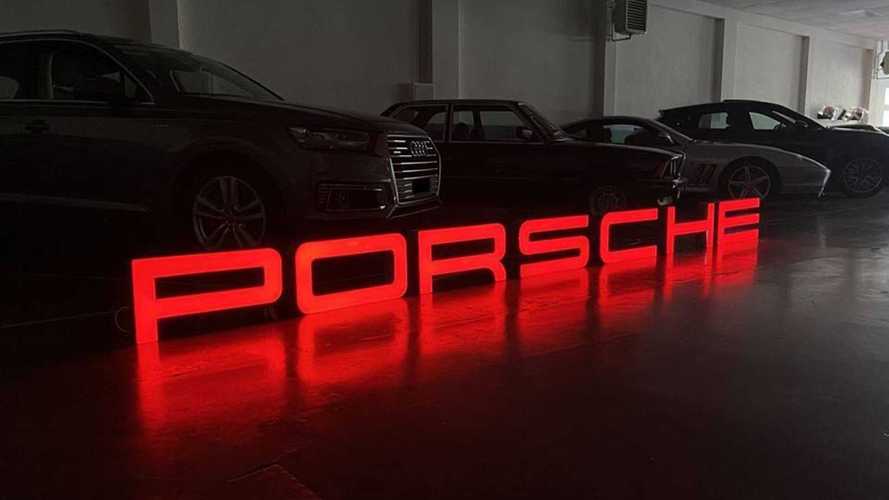 The perfect gift for the Porsche enthusiast in your life.

Due to a new energy law in California, Porsche enthusiasts have a unique opportunity to own the massive signs that adorn Porsche dealerships across the globe. This special opportunity comes to us from a Facebook Marketplace listing that is currently selling a couple of sets of these Porsche signs for only $12,300 each. If you’re interested in owning these signs that will surely prove your love of Porsches you better move quickly as they’re sure to sell very soon.

In August of 2018, California passed the SB100 Energy act, which outlines California’s goal of running on 100% renewable energy by 2045. Part of this law requires that all illuminated signage must meet California’s mandated energy consumption laws. This new law caused all California based Porsche dealerships, which encompasses over 30 locations, to replace their dealership signs with new LED units.

According to the listing, the seller has a relationship with one of the sign contractors who was responsible for updating the Porsche signage. This contractor happens to be a signage enthusiast who saved a couple of signs and restored them to use new LED lighting. The seller acquired two sets of the newly updated signs and is now offering this unique ownership opportunity for you. This interesting opportunity is a totally unforeseen consequence of California’s SB100 Energy Act and a fantastic story to accompany a coveted piece of Porsche memorabilia.

These 16ft long signs may cost as much as a used Boxster or a coupe of 944s, but there are thousands of examples of either car, but only a few Porsche signs in the hands of consumers. What happened to the other 28 signs? According to the seller, they were destroyed or thrown away leaving only a couple of examples for sale.