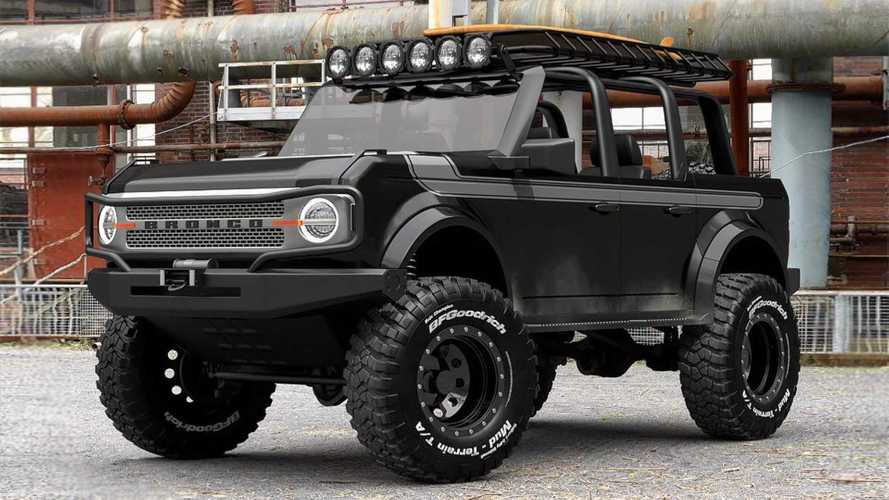 Yes, it's inspired by the Nite Edition Bronco from the early '90s.

If there's one pain that the all-new Ford Bronco buyers have to face, aside from the fact that the fully-loaded First Edition models are running out fast despite the boost in production, is that there's a multitude of options to choose from. Yes, that's an issue, if you're unsure of what you're looking for.

Two or four doors, six trim levels, and eleven color choices – the possibilities are endless, with a price tag that starts at $28,500 for the 2-door Bronco and $33,200 for the 4-door, excluding destination charges.

But if you're undecided up until now, Maxlider Brothers Customs has opened its ordering books for its own version of the Bronco – the Midnite Edition. The announcement was posted over on the Illinois-based tuner's Facebook page and yes, the Bronco Midnite Edition was inspired by the Nite Edition in the early '90s that was available for the Bronco and F-150.

There aren't any details yet about the build apart from a probable usage of BDS suspensions and Fox lift kit. Maxlider Brother Customs also hasn't disclosed any price as of this writing, but the off-roader specialist said that those interested can start dropping their $500 deposits to the company.

By the way, the rendering that Maxlider Brothers Customs used was made by Innov8 Design Lab, and may differ from the final product. We suspect you can customize it, though, so don't hesitate to contact these guys from Illinois to clarify.

And oh, Maxlider Brothers Customs is a Ford authorized drop-ship location so if ever you're having one customized, you can order from your dealer and have it shipped to them directly for the build.