Bentley Is Ramping Up Bentayga Production 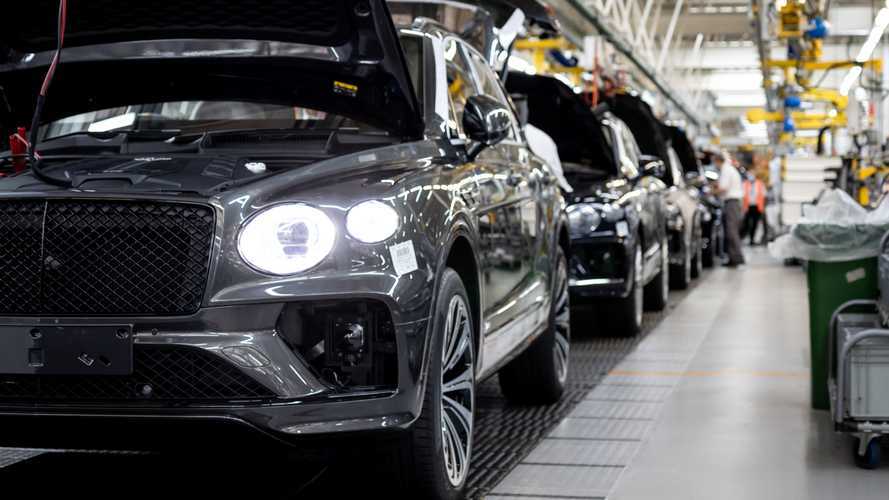 Production is increasing by 50 percent.

Bentley has ramped up production of the updated Bentayga at its factory in Crewe ahead of deliveries, which will be beginning in Europe soon.

The production start comes after the carmaker implemented a number of new health and safety measures in light of the ongoing coronavirus crisis. The new measures allow the company to return to a 100 percent production output, up from 50 percent as it had been since the factory reopened in May.

Some areas of the factory have had to be redesigned to accommodate the new measures.

A controlled, safe working environment with an enforced social distance of more than one meter will be in place in some areas, in keeping with the most recent government guidelines, while other parts of the plant will maintain a strict social distance of two meters. Mandatory facemasks will be worm by all members of staff throughout the factory. On the Bentayga production line over 100 people work at 43 different stages.

2021 Bentley Bentayga Configurator Is Up, Spend Your Virtual Money Wisely

"The new Bentayga is a celebration of all that we can do in Crewe and is a testament to the skill, passion, and dedication of all of our colleagues who produce cars unmatched by any other car factory in the world," said Peter Bosch, member of the board for manufacturing at Bentley. "To deliver a sector-defining car that meets our own and customers incredibly high standards and expectations is a significant achievement, particularly at this early stage of production.

The revised production procedure allows Bentley to also be leaner in its process, with improved ergonomics, safer processes, and reduced walking and waiting times due to repositioning and movement of parts among the benefits of the new process.