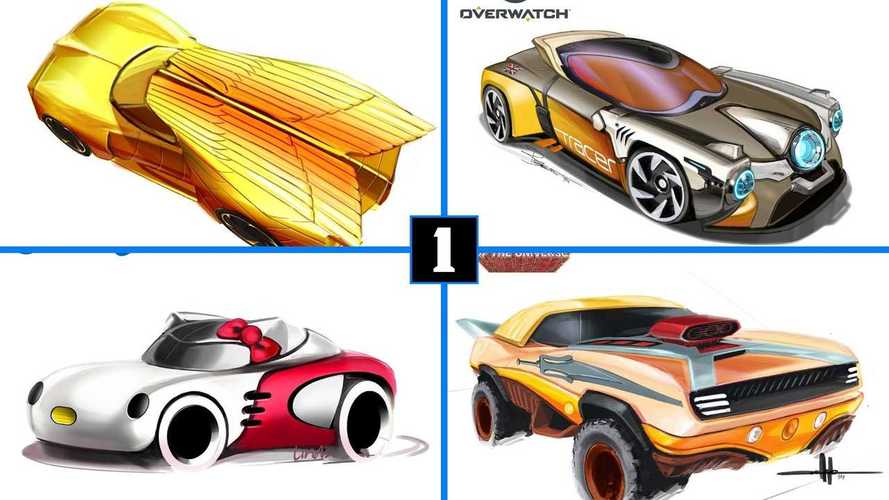 SDCC is all online this year, but Hot Wheels isn't holding back.

In a normal year, over 100,000 people would be swarming the San Diego Convention Center right now for the annual San Diego Comic-Con. 2020 is far from being a normal year, and while the in-person activities are canceled, the show must go on. Numerous online events and panels are scheduled, such as the one held by Hot Wheels earlier today.

Hot Wheels has long offered special Comic-Con exclusives. This year includes two homages to Hollywood blockbusters, including a neat-o X-Wing diorama from Star Wars: The Empire Strikes Back and Hulk riding in the back of a Land Rover as seen in Avengers: Endgame. Perhaps of more interest, however, are the several sneaks – AKA previews of future offerings – that Hot Wheels revealed during its video panel earlier today. If you missed it, the clip is available below.

The sneaks focus not on conventional Hot Wheels car designs, but decidedly unconventional machines with themes ranging from Japanese pop culture to video games, kids toy lines, and more. While car buffs generally love Hot Wheels of all shapes and sizes, we’re not sure how enthusiasts will feel about the new line of Rugrats-themed cars, though Chuckie the beach buggy is pretty cool. For that matter there’s also Bruce, the toothy shark from Finding Nemo recreated as a bodacious 6x6, and Snow White gets an elegant 1930's coupe. And if you can’t get enough of Hello Kitty, you’ll find no less than three character-themed cars coming soon.

Video games are also in the mix, including four cool cars done up with Overwatch as a theme. Racing-themed games are represented by a wide range of Mario Kart offerings, and for the children of the 1980s, Hot Wheels will make He-Man come alive in the form of a bonkers off-road muscle car. His nemesis Skeletor also returns in the form of a weird rat rod.

All These Wonderful Collectibles:

Lastly, you can’t have something Comic-Con related without including superheroes. Aside from the aforementioned Avengers: Endgame exclusive, Hot Wheels previewed two design concepts from the upcoming Wonder Woman 1984 flic in the DC universe. Not to be outdone, a Mercedes-AMG GT gets a futuristic remake for Marvel’s Black Widow.

All of these designs are expected to go on sale either this fall, or in the spring of 2021. You can peruse our photo gallery above for a sneak peek of what’s to come.