A few have ruined it for the rest.

Update: After we published our story, a Chevrolet spokesperson responded, saying, ”We encourage customers to work with their dealers to obtain the latest information on their orders.”

In our current coronavirus world, many of us have moved to online shopping, which means we’re often checking the tracking info for our shipments. Eager 2020 Chevy Corvette customers could do the same online until the transport company allegedly disabled the feature. Reports of the feature disappearing from the transport company’s website cropped up on the MidEngineCorvetteForum.com earlier this week, and covered by CarBuzz.

Others who posted on the forum were upset at being left in the dark. The Corvette C8 didn’t have the smoothest of rollouts. A labor strike last year that lasted over a month delayed the start of production until February when Chevy had scheduled production to begin before the end of 2019. Then, in March, the coronavirus pandemic forced a partial production shutdown, further delaying customer cars, though deliveries of completed vehicles continued. Now, Corvette customers will have to wait for a phone call. 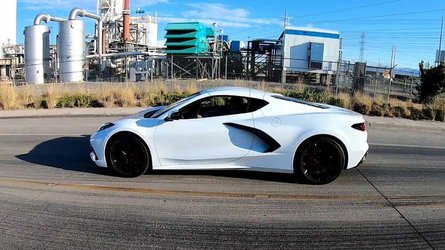 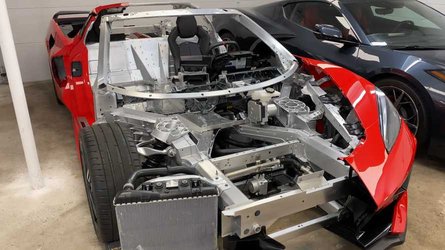 Five ‘Drawbacks’ Of The Chevy Corvette C8 Explained On Video

The forum thread shows there are still customers waiting for their 2020 model even as Chevy announces several tweaks to the car for the 2021 model year. There will be two new colors – Silver Flare Metallic and Red Mist Metallic Tricoat – and customers can now add racing stripes in blue, orange, red, and yellow. Stinger Stripes are available for the hood in Carbon Flash/Edge Red, Carbon Flash/Edge Yellow, and Carbon Flash/Midnight Silver. Inside, the automaker adds two-tone Sky Cool Gray and Strike Yellow upholstery.

Production of the 2021 Corvette reportedly begins in November, as the automaker continues to build the first model year.