The rest of the Grand Cherokee lineup will receive minor updates.

According to the publication’s source, Jeep will build the anniversary edition model on top of the Limited trim. There are no specifics to what the package will offer. However, the 75th Anniversary Edition model included upgrades like a unique front fascia and grille, low gloss bronze accents, exclusive seats, badging, and other upgrades. Jeep could do something similar for the 80th Anniversary Edition model, though don’t expect anything too crazy like a performance boost.

The new anniversary edition model will join the Grand Cherokee’s other core trims like the Trailhawk, Overland, and Summit, along with the rest of the lineup. The next model year will also see the SUV get a few minor tweaks. The entry-level Laredo trim will have new 18-inch wheels, for example. The Limited and Limited X models will receive a new Sun & Sound package that includes a dual-pane panoramic sunroof and a nine-speaker Alpine audio system. 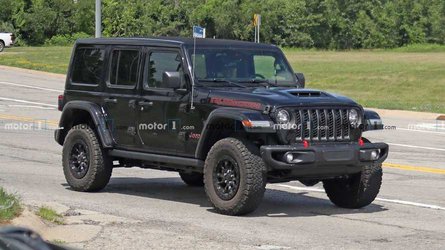 When the next-generation Jeep Grand Cherokee does arrive, it’ll ride on a version of the architecture that underpins the Alfa Romeo Stelvio and Giulia. It’ll also feature two- and three-row interior layouts, allowing the model to compete against the Ford Explorer and other large SUVs. Powertrain details remain anyone’s guess, but customers should expect some hybridization. We thought we would see the new Grand Cherokee for the 2021 model year, though Jeep canceled the Detroit Auto Show reveal and has yet to announce the reschedule date.