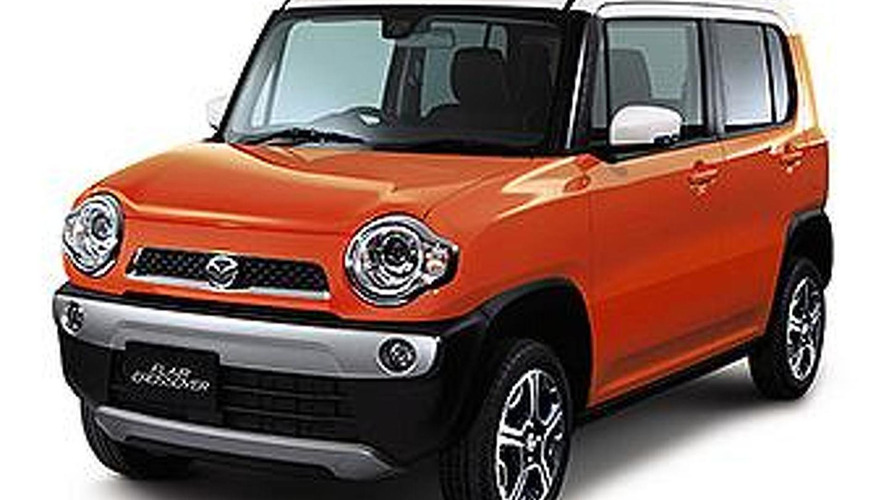 Mazda has introduced the new Flair in Japan. It is described as a lightweight crossover that combines fuel efficiency with "superior performance."

Mazda has introduced the new Flair in Japan.

Described as a lightweight crossover that combines fuel efficiency with "superior performance," the Flair features a ruggedized exterior with plastic body cladding, skid plates and 15-inch wheels. Most owners won't dare to take it off-roading but the Flair boasts 175-180mm of ground clearance and a 28° approach angle.

Interior pictures were not released but Mazda says the model has a spacious cabin that can comfortably seat four adults. The Flair also comes nicely equipped with heated front seats, color coordinating trim and a rear seat that can fold, recline and slide.

Power is provided by a 660cc engine which is connected to a continuously variable transmission. Performance specifications were not released, but the Flair can be equipped with an optional four-wheel drive system that has a hill descent control system.