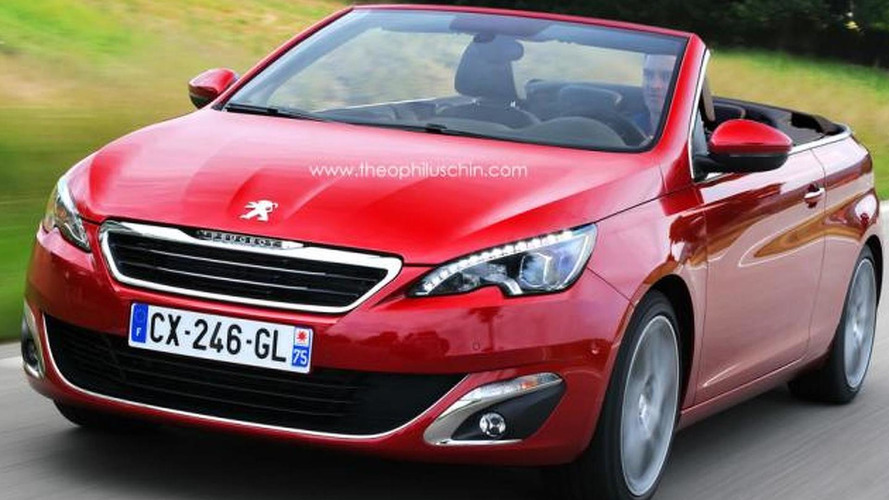 Theophilus Chin used his skills and talent to create a digital version of the second-gen Peugeot 308 CC.

Theophilus Chin used his skills and talent to create a digital version of the second-gen Peugeot 308 CC.

The new Peugeot 308 has gone on sale so naturally it's the right time to think about additional models set to join the range in the near future. We already know a GTI version is in the works with a rumored 250 bhp (186 kW) output and our spies have already caught on camera a sedan derivative. There are also talks about a more potent R version which would sit on top of the range.

There aren't any details about a CC version but that hasn't stopped Theophilus Chin to render this body style which he considers should come with a soft top rather than the metal roof of the first-gen 308 CC.