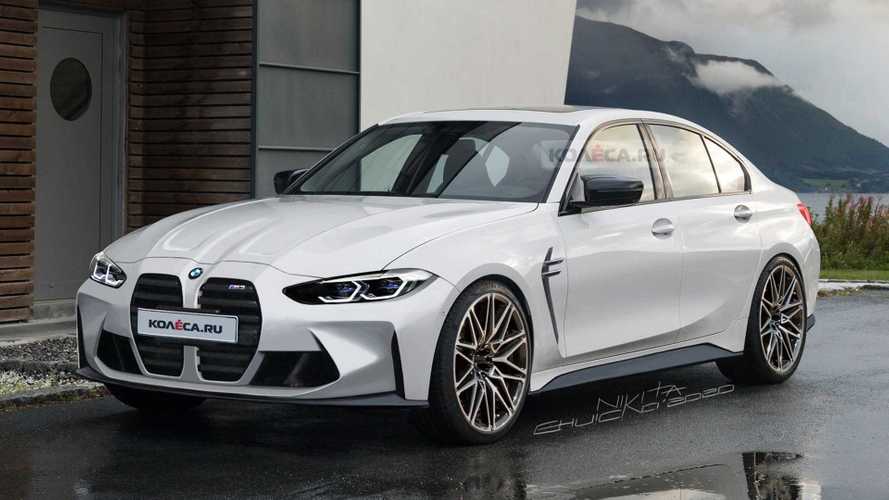 Yes, it's going to look pretty much like this.

There’s certainly no shortage of 2021 BMW M3 content. Whether our spies are sending us new images of prototypes undergoing testing or media colleagues have new renderings to share, the speedy sedan is constantly making the headlines. Today we have a special treat as aside from realistic renderings of the new M3, a test vehicle was caught alongside the M4 Coupe.

Seeing the two side by side with less camo than ever before gives us a pretty accurate understanding of what’s to come from the double premiere scheduled for September. The cars seemed to have most of the final bits in place, although their exhaust systems looked a bit rough around the edges. It’s too early to tell whether BMW was testing the rear-wheel-drive version or the xDrive model, but we do know it will prioritize the former once the cars will go on sale.

We’re tempted to believe these are the hotter Competition trim judging by the alloy wheel design. If true, the cars have all-wheel drive and a dual-clutch automatic transmission working in harmony with an inline-six pushing out a little over 500 horsepower. The full camo attire gets in the way of seeing the paint jobs these two work-in-progress had, but a teaser released by BMW showed the M3 in a teal-like launch color and the M4 in bright yellow.

The realistic rendering courtesy of our pals at Kolesa digitally removes the swirly camo and shows how the four-door model will look at a BMW dealer near you next year. It’s still a very much unofficial look, but we’re tempted to believe the real thing will be extremely close to this. Whether the opinion-splitting grille will slow down demand remains to be seen, but otherwise, the consensus is the new Ms are looking mighty fine.

Come 2021, the lineup will be extended with an M4 Convertible, but likely not with an M4 Gran Coupe as previously believed. The most powerful model of the 3 Series / 4 Series family won’t have a combustion engine as reports suggest the electric i4 Gran Coupe will be the beefiest of them all. Needless to say, it’s also going to be a lot more expensive.