Not quite the 216 mph official top speed, but still properly fast.

"Every setting is tuned to make the Ford GT go as fast as possible" – that’s how the Blue Oval describes the V-Max mode of its supercar. It drops the ride height by 50 millimeters (1.96 inches) and stows away all of the aero elements to minimize drag and help reach the quoted 216 mph (348 km/h) top speed. YouTuber Shmee150 wanted to put that number to the test by taking his wonderfully specced GT to an unrestricted section of the Autobahn in Germany.

As you’re about to see, hitting the maximum velocity claimed by Ford is easier said than done. In the first acceleration run in Sport mode and with launch control activated, the GT managed to climb up to 186 mph (300 km/h) according to the digital speedometer. That said, the smartphone’s GPS-based app showing 183 mph (295 km/h) is a more accurate reading and Shmee argues there wasn’t much left in the GT to go faster than that.

With the twin-turbo 3.5-liter EcoBoost V6 engine being quite thirsty at full tilt and the GT having a small 15.2-gallon tank, it’s no wonder the fuel level dropped by a quarter only after a couple of hard acceleration runs. Talk about first world problems… Switching to V-Max mode really made a difference not just in terms of absolute top speed, but getting there, too. It got up to 202 mph (324 km/h) per the digital speedo or 195 mph (314 km/h) according to the app on Shmee’s smartphone.

That’s still considerably lower than the official top speed of the Ford GT, but an impressive velocity for a car with “only” a V6. Its tiny fuel tank reared its ugly head after the top speed run in V-Max mode, with available range dropping down to just two and a half miles (4 km). It would seem it’s not only EVs owners who are concerned about range anxiety as even those who can afford a car that kicks off at $500,000 have a similar problem. 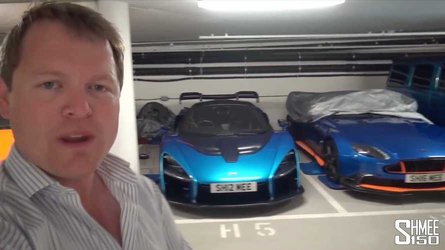 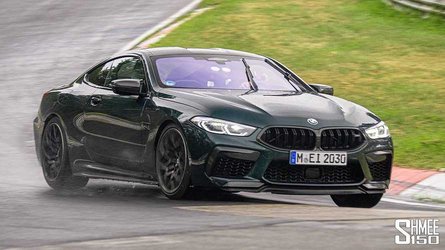 By being extremely careful with the accelerator pedal, Shmee eventually reached the gas station and refilled his Liquid Red GT. With the tank full, the supercar got back onto the Autobahn for another speed run, but traffic got in the way and he had to hit the brakes. The rear wing went up to act as an airbrake and stayed there until the car came to a full stop.

A longer and less busy road where the Ford GT could really stretch its legs would likely allow the supercar to reach its claimed top speed, not that 202 mph is any less impressive for a V6.