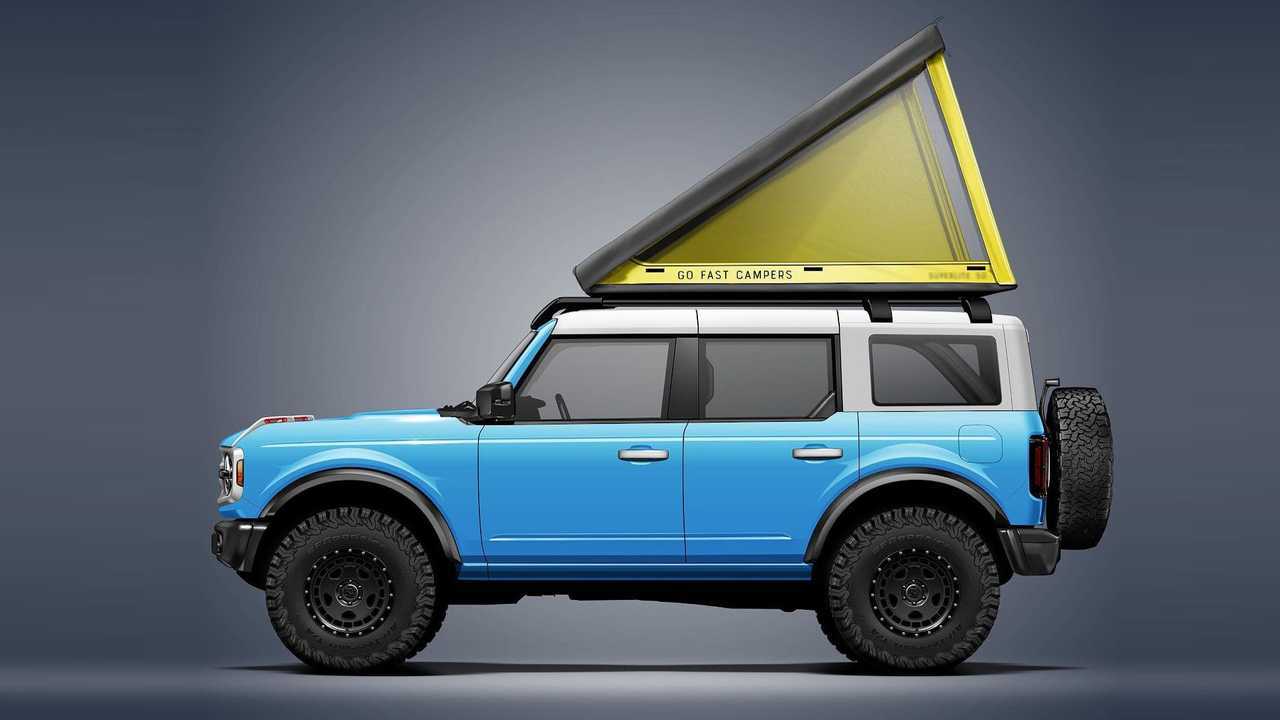 Crossovers and SUVs continue to dominate new car sales. With such success comes those wanting to take their vehicle to the next level, and for some, that means spending time camping. Rooftop tents are popular, allowing a vehicle's roof to become the bedroom for the night. Go Fast Campers has a new offering called the SuperLite that the company bills as the lightest hardshell rooftop tent available.

The tent weighs approximately 80 pounds (36 kilograms), making it easy to install. Go Fast Campers claims you can install the tent by yourself in less than three minutes. It's thin, too, measuring between four and six inches thick, depending on the bedding; however, it remains spacious. It has a sleeping area of 50 inches (127 centimeters) by 90 inches (228 centimeters) with a 40-inch (101-cm) opening and 44 inches (111) of headroom. It's big enough for two adults plus a pet or child.

According to the Go Fast Campers' website, the company "stripped away all the unnecessary bits and refined the shape and use of material" in the quest for the lightest hardshell rooftop tent. During the design process, the company took a prototype south of the border to race in the NORRA Mexican 1000 where it served as a cozy resting spot for the drivers.

Go Fast Campers sells the new SuperLite tent for $1,299. For an extra $100, the company will add a telescoping ladder. Add $279, and the company tosses in a mattress. Customers can pre-order the tent now, though estimated fulfillment won't begin until November of this year. However, if you order before August 15, Go Fast Campers will throw in a garage poster. There are plenty of vehicles this could adorn, like the new Land Rover Defender, or the much-anticipated 2021 Ford Bronco.