Ford Already Most Cross-Shopped Brand For Jeep Before Bronco Arrives 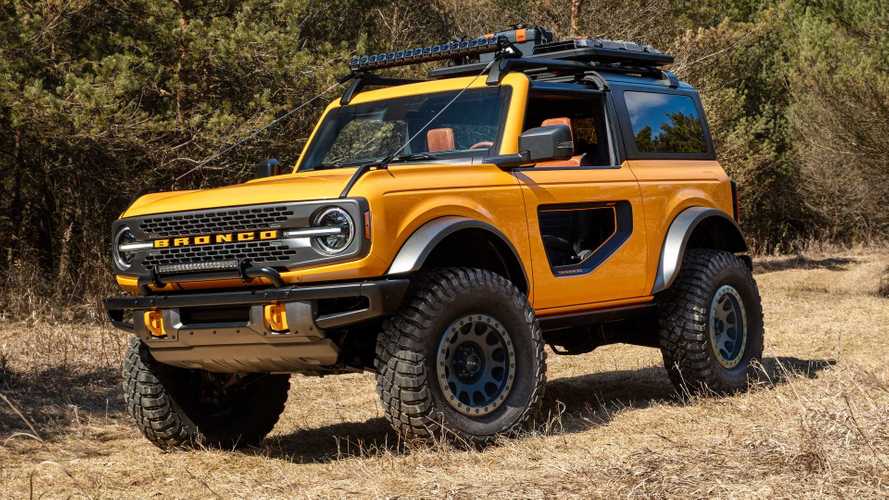 It’s no secret the Ford Bronco is looking to take a bite out of the success of the Jeep Wrangler. The automakers position both as off-road warriors with removable doors, roofs, and an assortment of accessories. You’d think it’d be the two automakers against one another like never before, but that’s not the case. Ford is already the number-one most cross-shopped brand for Jeep, and that’s before the 2021 Bronco is on sale.

The little nugget of info was buried in a recent investor presentation from the Dearborn-based automaker, which our colleagues at Muscle Cars and Trucks discovered. It announced, on slide six, that Ford is the number-one cross-shopped brand for Jeep. The publication spoke with the Bronco’s marketing manager, Esteban Plaza-Jennings, who said Ford has some of those “rugged, off-road capable vehicles” customers are looking for, even if they tend to gravitate toward trucks.

Plaza-Jennings pointed to the Raptor and Tremor along with the FX4 and Ford Performance goodies available for models like the Ranger, as to why customers cross-shop the two brands. That’s likely to increase once the 2021 Bronco goes on sale next year. Ford put the Bronco’s off-road capabilities at the forefront of development, aiming for the Jeep Wrangler and its rabid off-road fanbase.

Part of that rabidity comes from the fact the Wrangler is an enthusiast vehicle. It has a robust aftermarket that allows endless owner customization, and Ford is positioning the Bronco in the same light. When the two- and four-door models launch next spring, Ford will offer over 200 factory-backed accessories customers can purchase and roll into the SUV’s purchase price. And how could anyone forget the Sasquatch package?

The Bronco’s arrival will have even more shoppers comparing Ford and Jeep, which should further cement Ford as Jeep’s most cross-shopped brand. Customers will be eager to compare the performances and off-road capabilities of each, referencing suspension travel, ground clearance, horsepower and torque, and much more.