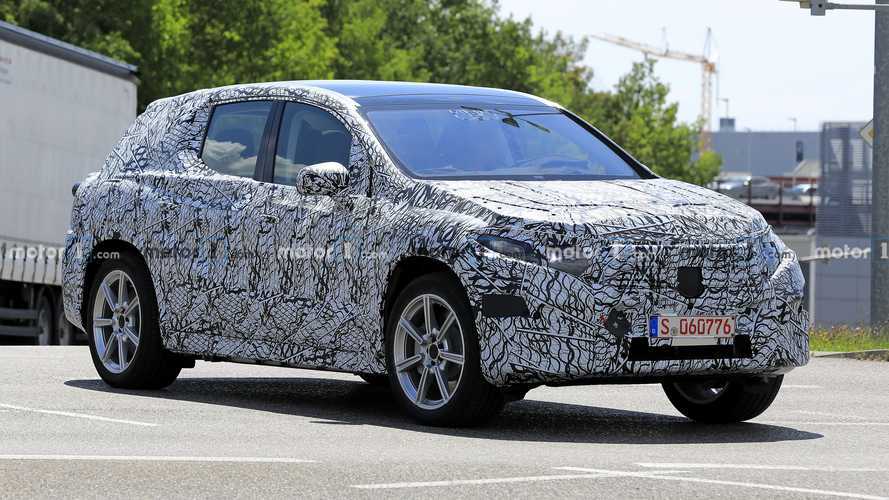 No, there's no typo in the headline.

If you live in the United States, you still can’t put an order for the EQC, Mercedes-Benz’s first all-electric production vehicle on the global market. Even if you check the brand’s official website for the country, you’ll find the EV SUV under the Future category and the last time we heard from the company, it had plans to move the model’s launch for 2021. Meanwhile, as weird as it may sound, the brand is already working on the next-generation EQC.

We have the first spy photos of an early EQC prototype, showing a pipe-less test car roughly the same size as the current model. The lamps at the back and upfront are obviously just temporary units and there are a few fake panels added to the body but this mule at least gives us a proper look at the vehicle’s dimensions.

So, straight to the million-dollar question - why is Mercedes already working on a successor for today’s model when the latter is not even on sale in the United States yet? Simply because the first-gen EQC is based on the EVA-I architecture which is also used by the current C-Class and GLC. It’s a platform designed with combustion engines in mind and there’s limited space for batteries and other physical limitations engineers had to deal with.

First-Gen EQC: Not A Huge Success

The new EQC, however, will ride on a new, EV-dedicated architecture that should also underpin a number of other compact EVs from the brand. This platform should be capable of accommodating a larger battery pack and should also provide other benefits compared to the current one.

According to the initial details, Mercedes has given the new EQC the green light for a launch at some point in 2022. This could very well mean customers in the US won’t even get the first-gen model at all.