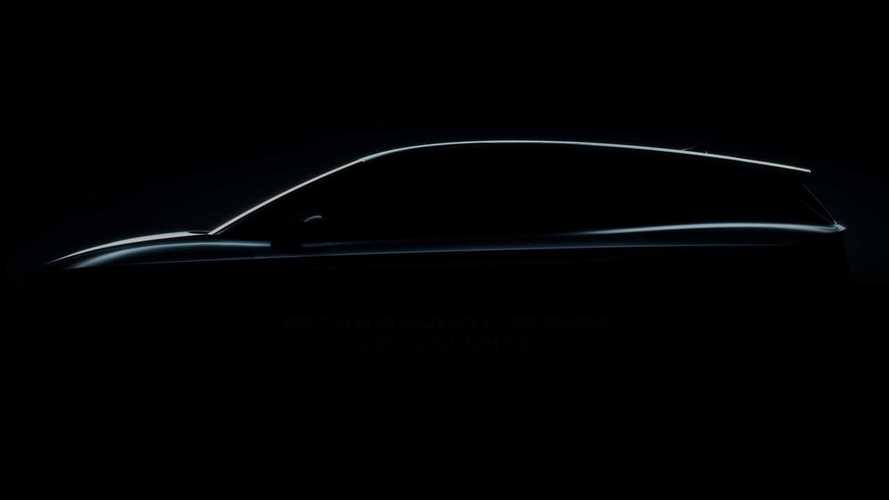 Shorter than an Octavia, but just about as roomy as the Kodiaq.

The Volkswagen Group kick-started its EV onslaught in the aftermath of the costly Dieselgate ordeal with the ID.3, the first electric car to ride on the newly developed MEB platform. Multiple brands across the automotive conglomerate will use adaptations of the architecture to launch a plethora of EVs in the years to come. While Audi will get the ball rolling with the Q4 E-Tron / Q4 Sportback E-Tron and SEAT with the El-Born, Skoda is about to launch this – the Enyaq iV.

The company’s second EV after the Citigoe iV will break cover on September 1 at home in Czech Republic’s capital Prague as a sister model of the VW ID.4. A shadowy teaser image has been released today to announce the debut date and the fact Skoda has set up a livestream for the world premiere. While the official debut is in about five weeks, the zero-emissions SUV won’t go on sale until early 2021.

Although an electric SUV from Skoda doesn’t sound particularly exciting, the Enyaq iV does have a few aces up its sleeve. Not only will it mark the return to rear-wheel drive, but it will also pave the way for the most powerful production model from the Czech brand. The third vehicle to get the RS treatment will pack 302 hp (225 kW), thus eclipsing the 280-hp Superb.

In typical Skoda fashion, expect a high level of practicality with lots of “Simply Clever” features and a roomy cabin that will comfortably seat five people. Despite being shorter than an Octavia, the Enyaq iV will be just about as spacious as the Kodiaq thanks to packaging benefits that come along with electric vehicles.

Those who would rather prioritize range over power will want the rear-wheel-drive model with the 82-kWh battery, which is set to offer 500 kilometers (311 miles) between charges per WLTP. Fast-charging support means owners can replenish the battery pack from 10 percent to 80 percent in only 40 minutes. There will be lesser battery packs available, with 55- and 62-kWh capacities, offering 340 km (211 miles) and 390 km (242 miles) of range, respectively.

Production will commence at the factory in Mladá Boleslav late this year and will include a fancy Founder’s Edition limited to 1,895 units to signal Skoda’s inception 125 years ago.

› Silhouette offers a foretaste of the new all-electric SUV from ŠKODA
› ENYAQ iV is ŠKODA’s first model based on the Volkswagen Group’s Modular Electrification Toolkit (MEB)
Mladá Boleslav, 22 July 2020 – With the new ENYAQ iV, ŠKODA is taking a big step forward in implementing its electromobility strategy. The all-electric SUV is ŠKODA’s first series-production vehicle to be based on the Volkswagen Group’s modular electrification toolkit (MEB). The Czech car manufacturer has now released a picture of the vehicle’s silhouette, offering a foretaste of its most important new model this year. The ŠKODA ENYAQ iV combines brand-typical virtues such as a generous amount of space, emotive design and well-balanced proportions with a sustainable yet fun driving experience.
The silhouette of the new ŠKODA ENYAQ iV gives an idea of the proportions of the brand’s new flagship. A short front section and an elongated roofline create a dynamic exterior while at the same time offering a generous amount of space typical of the brand. The new SUV has a similarly spacious interior as the ŠKODA KODIAQ, despite being shorter in length than a ŠKODA OCTAVIA.

The ENYAQ iV is available with a choice of rear-wheel or four-wheel drive, three battery sizes and five power levels. The ENYAQ iV can be charged quickly, with a maximum capacity of 125 kW. It has a range of up to 500 kilometres in the WLTP cycle, making this practical, fully battery-powered SUV the perfect companion for everyday driving.

The presentation of ŠKODA’s new top model is a highlight of the celebrations marking the company’s 125th anniversary. The premiere of this milestone in ŠKODA’s history will be broadcast live from the Czech capital, Prague, on 1 September 2020.  It can be watched on the ŠKODA storyboard and various other social media channels.