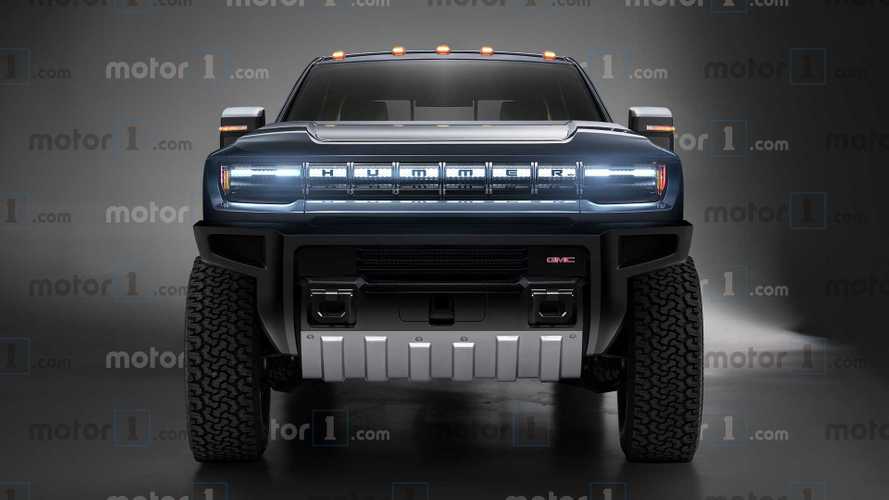 A mostly silent vehicle with 1,000 hp definitely seems to have some military applications.

The US military's High Mobility Multipurpose Wheeled Vehicle (better known as the Humvee) eventually gave way to the Hummer H1, and General Motors later turned that into a fairly popular brand of vehicles before the corporation's 2009 bankruptcy. In an intriguing reversal of this situation, it's possible that the new GMC Hummer could spawn a variant for armed forces.

"GM has announced that it is coming out with a Hummer battery-electric truck in 2021. It’s a full-size truck with 400 miles of range, 1,000 foot-pounds of torque [sic], a very highly-capable vehicle. That could provide a great base platform for an electric vehicle to be used in the military context," GM Defense President, David Albritton, told GM Authority. Although, Albritton made it clear that such a project wasn't currently under development.

Rather than being part of its own brand, the new Hummer arrives as a GMC's first EV. Glimpses so far indicate that it has muscular, boxy styling. Occupants can enjoy open-air motoring by removing panels in the roof.

The powertrain offers up to three motors, and the Hummer can reach 60 miles per hour (96 kilometers per hour) in just 3.0 seconds. While there's no info yet on the available driving range, the 800-volt battery pack is capable of charging speeds up to 350 kilowatts. This should limit the necessary time waiting for the battery to refill.

The interior would offer high-tech features like a digital instrument cluster that reportedly measures 12 inches and a 15-inch infotainment screen. The displays sit close to each other but with a narrow strip of free space between them.

More To Know About The New Hummer:

Look for the GMC Hummer to go on sale in late 2021. Generally, automakers debut new products several months before putting them on sale, so look for full details next year.

The GM Defense division recently earned a $214.3 million contract to build the Infantry Squad Vehicle. The all-terrain vehicle uses a Chevy Colorado as the starting point and uses 90 percent commercial off-the-shelf parts. The powertrain consists of a 2.8-liter turbodiesel engine with 186 horsepower (139 kilowatts) and 369 pound-feet (500 Newton-meters) of torque that runs through a six-speed automatic transmission.