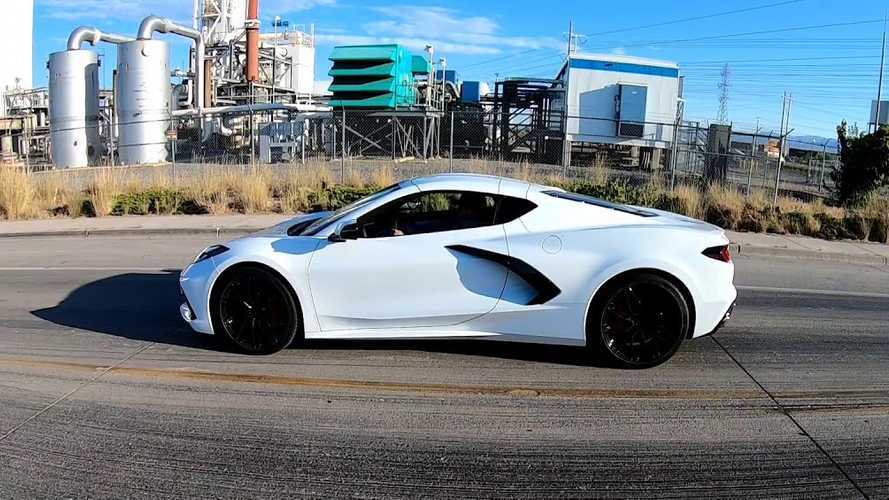 Instant torque and power, as well as all-wheel drive allow the Tesla to surge ahead of the new mid-engined ‘Vette.

The Tesla Model 3 Performance is blisteringly quick off the line, with a claimed naught to sixty time of 3.2 seconds. On paper, the new Corvette C8 is quicker still, capable of delivering times under the 3-second mark, yet in this drag race video, the Model 3 has no problem just powering ahead.

The C8 has even been independently timed by Car&Driver as being able to complete the benchmark sprint in 2.8 seconds, albeit with the optional sport exhaust that pushes its total power output up to 495 hp (5 hp more than stock) and the Z51 Package.

So how and why was the Tesla able to so effortlessly beat it off the line? Well, even if the Corvette C8 has a naturally-aspirated engine, so its power delivery is more immediate than what you get with force-fed engines, it still needs a faction more time to get going.

Even with launch control enabled, it still just bogs down off the line and bobs up and down on its suspension before it starts accelerating at full bore. In the Tesla, though, you get none of that and the very instant you step on the go pedal, the car shoots forward with zero traction loss and no drama.

This video only shows a quick pull from both vehicles, though, and the Vette’s superior power would probably see it pass the Tesla as speeds increased. But for this short race, the Model 3 came out on top, leaving no room for doubt as to which vehicle is faster; maybe the C8 didn’t get the best start, but even so the Tesla’s performance was very impressive.