The next Kia to show its dark side has been named.

Kia is banking on a dark-themed line of SUVs to keep its lineup fresh for the U.S. market. Just recently, the Korean automaker introduced the Telluride Nightfall Edition that's poised to make an official debut this Summer.

Now, the next Kia to show its dark side has been named, and it's going to be the Sportage compact crossover. This is according to order guides discovered by CarsGuide, the same publication that leaked the previous Telluride Nightfall Edition before its official announcement.

Don't expect mechanical changes in the Sportage Nightfall Edition, though. Just like the Telluride, the updates on the crossover will be purely aesthetic, mostly through dark trims and accents on the body. There aren't any official images out yet for the dark Sportage, but you can browse through the Telluride images above to get the idea.

Expect piano black front and rear skid plates, bumper garnishes, fog lights, and side moldings, as well as the front grille and the badges, dropping the chrome garnishings. CarsDirect also learned that the Sportage Nightfall Edition will get a panoramic sunroof and solar glass. The 18-inch wheels are expected to come in black as well; we do hope it comes with the matching black lug nuts to complete the sinister look.

The Night Is Dark And Full Of Terrors: 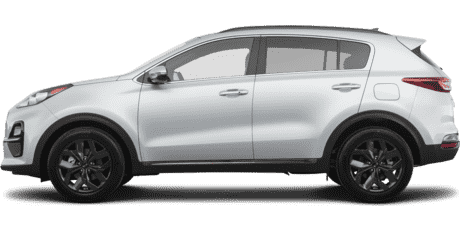 The Sportage Nightfall Edition will be available for the 2021 model year and an imminent announcement from Kia is expected within weeks or even days. Some reports say that the Sorento is next in line for the dark-themed package, but we'll know more about that when the time comes.