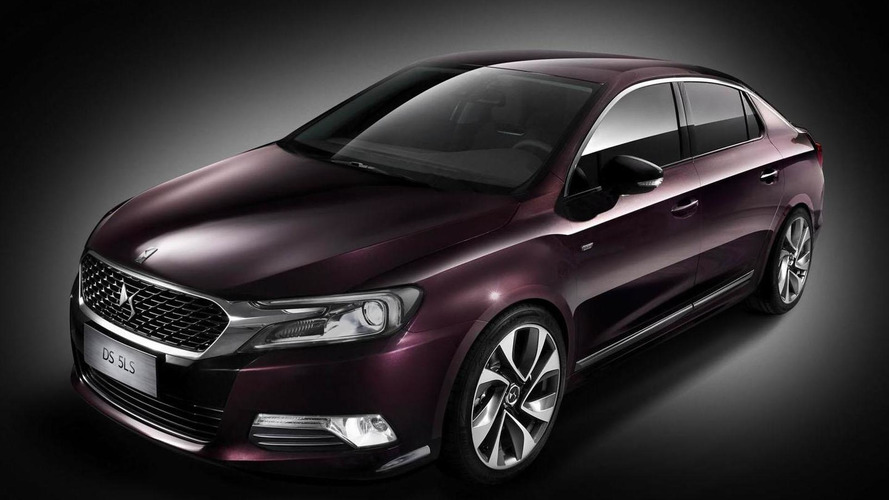 Citroen has unveiled their new DS 5LS sedan. It will go on sale in China in March.

Designed specifically for China, the sedan has a Wild Rubis-inspired “DS Wings” grille that extends into the headlights. The model also has boomerang-shaped daytime running lights, chrome trim and LED taillights with an integrated chrome ring that gives them a three dimensional appearance.

The cabin surrounds occupants with premium materials including semi-aniline leather upholstery, wood trim and metallic accents. The car can also be equipped with massaging front seats, a premium audio system and an air purifier. Other options include reclining rear seats, keyless access and a rear seat entertainment system.

Detailed performance specifications were not released but the DS 5LS can be equipped with THP 160 and THP 200 engines. They are both connected exclusively to a six-speed automatic transmission.

The DS 5LS will be built at the company's Shenzhen plant and will go on sale in China in March 2014.