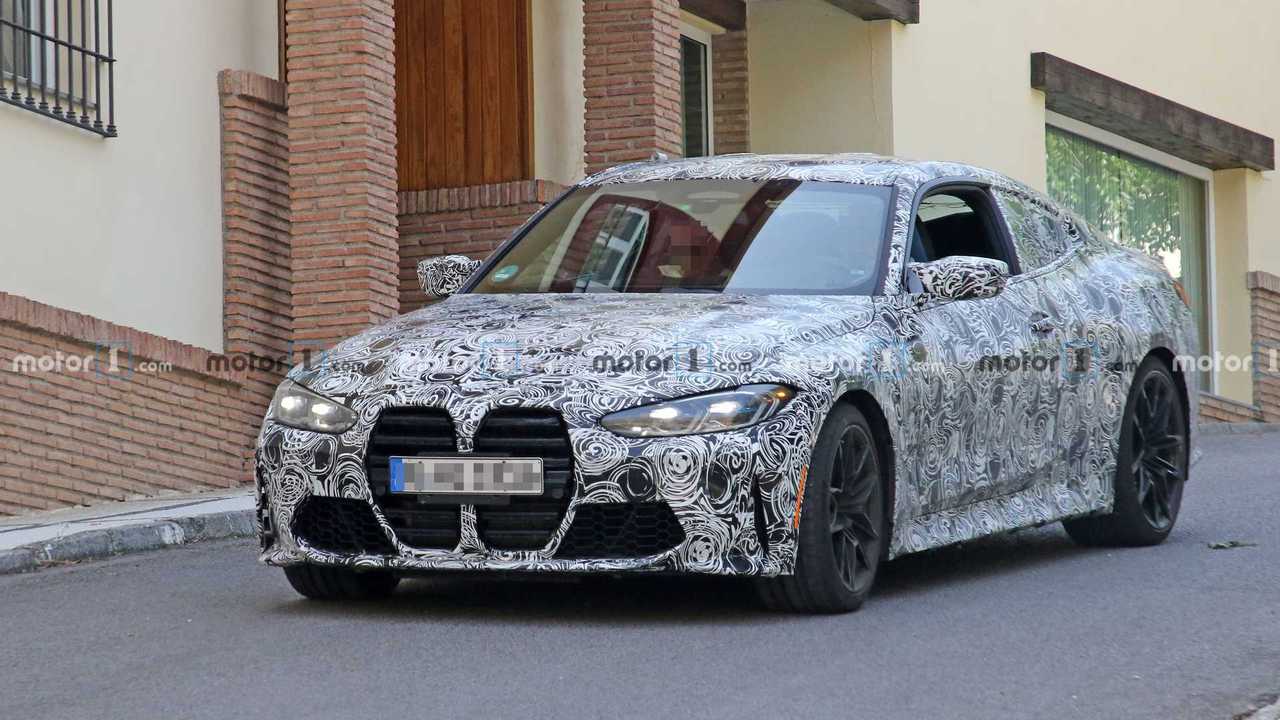 We can also see the headlights and taillights in full.

Our car paparazzi are relentless when it comes to hunting down prototypes of future models, be it as mundane as a VW Golf Variant or as hot as a Bugatti Chiron. Their latest encounter with a test vehicle involved getting up close and personal with the much-awaited BMW M4, seen here in coupe form with a tad less camouflage than before.

Aside from the exposed kidney grille, it’s also showing the headlights and taillights in full, while giving us the opportunity to check out the large air intakes at the front. The side orange markers suggest we’re dealing with a prototype of the US-spec model, but with European license plate since the car was spotted somewhere on the Old Continent.

The New M&M's Are Coming:

Why Yes, The 2021 BMW M4 Will Have The Giant Kidney Grille

Although the car has been bathed in camouflage, the swirly disguise is quite thin and it doesn’t actually conceal much. The subtle trunk spoiler lid is noticeable, as are the M-specific side mirror caps, and the dual roof fins. This work-in-progress M4 appeared to have the final quad exhaust system and most of the other bits you’ll find on the production car.

It’s understandable why BMW is not being so secretive anymore seeing as how it has already organized First Drive events with prototypes, prior to an official premiere scheduled for September. That’s when we’ll also see its more practical sibling, the M3, once again only in sedan form as BMW insists it doesn’t need an Audi RS4 Avant rival. Granted, there’s always the Alpina B3 Bi-Turbo Touring serving as the perfect substitute.

We have a pretty good understanding in regards to the oily bits, with BMW planning to sell the new M3 and M4 with a choice between rear- and all-wheel drive. Only the tail-happy variant will get a six-speed manual, along with an optional ZF eight-speed automatic that will be standard on the xDrive-equipped model. The twin-turbo 3.0-liter straight-six engine will have up to 510 horsepower and 480 pound-feet (650 Newton-meters) of torque in the Competition model.

Latest intel suggests the RWD M3 and M4 models will be the first to hit dealers early 2021 as their all-paw counterparts are allegedly earmarked for a late 2021 arrival. There should be spicy M3 CS and M4 CS derivatives further down the line, and even a hardcore CSL as the company has previously said it plans to dust off the fabled badge.