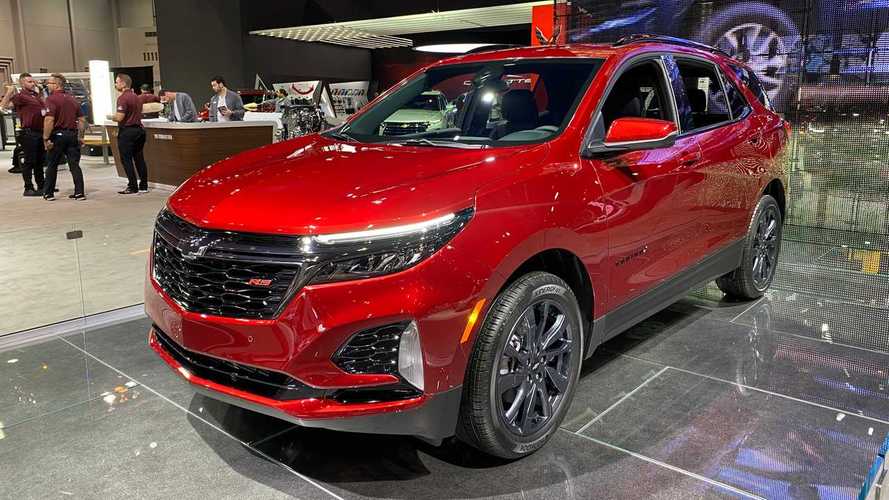 But the nine-speed speed auto will soldier on.

At the beginning of this year, Chevy gave the Equinox a facelift for the 2021 model year at the Chicago Auto Show. It came with an RS trim that's equipped with a glossy black front grille and other dark accents to highlight a sporty look. The 2021 Equinox also came with its two engine options when it was announced at the motor show.

However, that might not be the case when the Equinox hits production at the end of the year. GM Authority reports that Chevy's best-selling SUV will not get the more powerful turbocharged 2.0-liter engine for the 2021 model year.

As a silver lining, GM Authority also reports that the nine-speed auto gearbox that comes with the 2.0-liter will be paired up with the 1.5-liter for the next model year. This drops the aging six-speed slushbox out of the lineup if the rumors hold true.

Trimming Down The Lineup:

Chevrolet Equinox Diesel Getting The Axe Due To Slow Sales

The report, however, doesn't come as a surprise at all. Chevy has been trimming down the Equinox lineup since last year, and GM has announced the reduction of the Equinox, Trax, and GMC Terrain production due to slow sales.

In line with that, GM Authority added that the 2.0-liter Equinox only accounted for seven percent of the total Equinox sales volume. With that said, whether or not the bigger engine gets the ax is a matter of when than if.