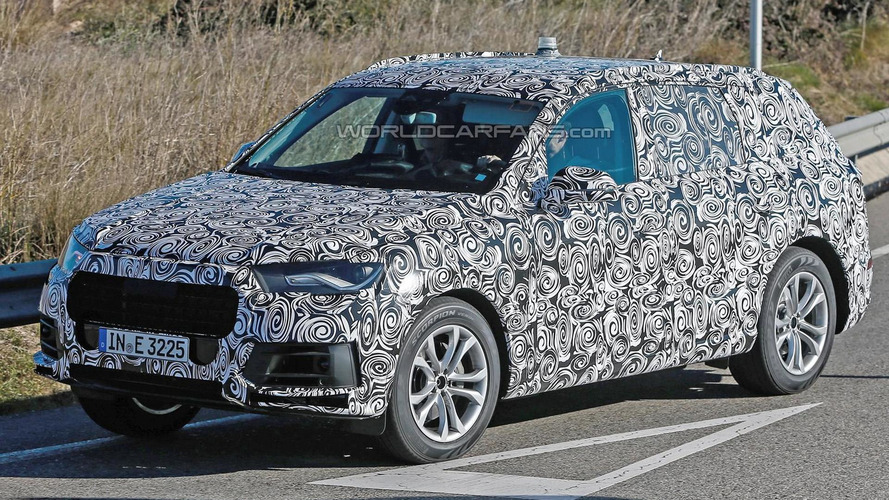 A prototype of the 2015 Audi Q7 was spied undergoing handling tests on the roads of Spain.

A prototype of the 2015 Audi Q7 was spied undergoing handling tests on the roads of Spain.

The car spotted by our spy photographers seems to have a shorter front overhang while the fenders look beefier compared to the current model. Just like in previous photos, the Q7 has a low ground clearance which probably indicates Audi is still working on the air suspension.

Audi could be planning to show the car in March at the 2014 Geneva Motor Show but they might decide to wait until September for the Paris Motor Show. Regardless of when it will be revealed, the next-gen Audi Q7 will go on sale towards the end of 2014 as a 2015 model year.

Check out the related links below for further spy pics.