The angular Blazer gets a boxy-ish redesign.

The Chevy Blazer that’s on sale today, reintroduced after a 25-year hiatus for the 2019 model year, isn’t a rugged off-roader like it’s predecessors. The boxy, body-on-frame Blazer is long gone, replaced by an angular-looking, Camaro-like comfortable family crossover. With the Ford Bronco back, though, and embracing its past, we thought we’d give the Blazer a makeover that’d turn it into a proper Bronco competitor.

It isn’t easy to distance the model from its sharp-edged appearance. The thin-slit daytime running lights remain tucked under the hood, but the rest of the front fascia features a thorough reworking. The Blazer’s face is shorter, too, providing more ground clearance than before. The front is also stubbier with a smaller grille and a copious amount of cladding, which also wraps around the wheel arches. There are two tow hooks, too.

Trailblazer Gets A Makeover Too: 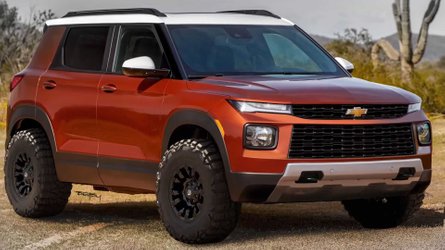 Another necessary change was making the windshield more upright to give the entire vehicle a boxier appearance. An LED light bar on the roof sitting in front of a roof rack helps reinvigorate the model’s off-road aesthetic. Massive, off-road-hungry tires paired with running boards round-out the Blazer’s changes. The rugged Blazer is closer to what the Bronco is bringing to the table, but it still lacks many staples like the removable doors and roof panels. That’d require a complete reengineering for the Blazer.

Ford resurrected the Bronco with the intent for it to compete against the Jeep Wrangler. Chevy took a different avenue with the Blazer name, though it’s one of many once rugged SUVs that have gone soft in the pursuit of mass-market appeal today. The Chevy Blazer is just one example, though there are others like the Honda Passport. It’s doubtful Chevy will rejigger the Blazer’s position and purpose anytime soon. It may not live up to its predecessor's capability, but its first full year of sales in 2019 reached nearly 60,000. Through June 2020, sales were already north of 40,000.

Learn The Latest About The Ford Bronco: 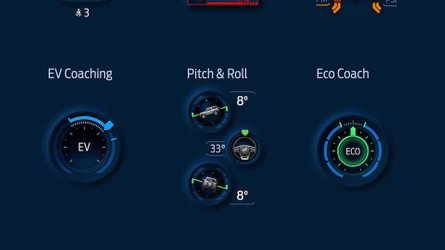 Ford To Goodyear: Get 'Wrangler' Off The Bronco's Tires
By: Anthony Alaniz
++
Got a tip for us? Email: tips@motor1.com