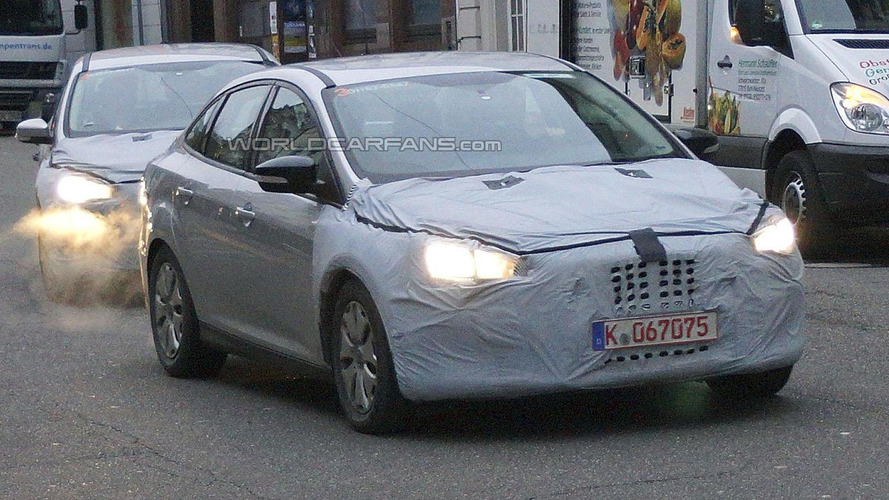 Just in time for Christmas, the 2014 Ford Focus lineup has posed for a family portrait.

Just in time for Christmas, the 2014 Ford Focus lineup has posed for a family portrait.

Moderately disguised, the facelifted models receive the usual mid-cycle tweaks including modified bumpers and revised headlights. The cars are also expected to feature a new grille that echoes on the one of the Fusion / Mondeo.

Our spies couldn't get close enough to snap interior photos but the model is expected to feature minor updates which could include a revised center console and updated controls.

Engine options will likely carryover but speculation suggests there could be a few new EcoBoost options.

The facelifted Focus is expected to be introduced sometime next year so look for a possible debut at the Geneva Motor Show.