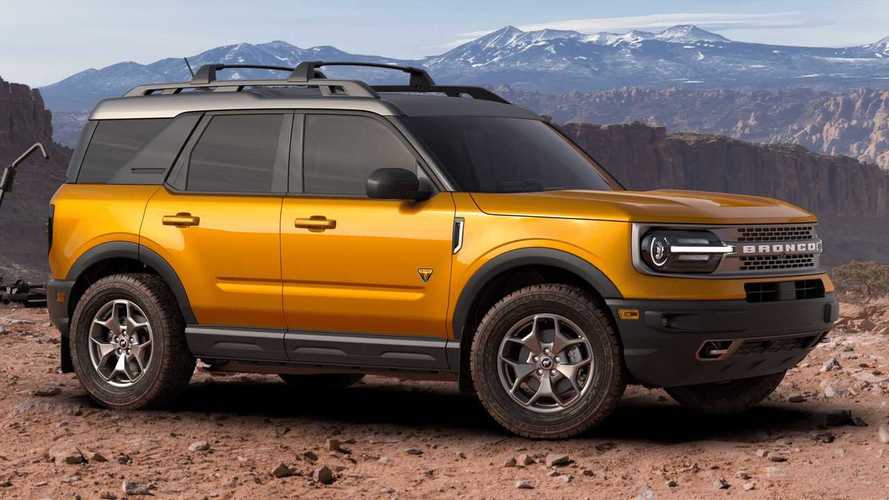 The First Edition model is already sold out.

There’s a new Ford Bronco for the 2021 model year - and it’s not just a single model but a family of three Bronco members. The most affordable of them is the Bronco Sport, which basically scales down the Bronco recipe into a more affordable yet off-road-ready vehicle. While the base Bronco and Bronco Sport have virtually identical prices ($28,500 and $28,155, respectively), the figures vary significantly when you go for the upper grades. We decided to max out the Bronco Sport’s online configurator and see what’s the most expensive model on sale.

We took the 2021 Bronco Sport Badlands as a starting point with its 2.0-liter EcoBoost four-cylinder engine, eight-speed automatic gearbox, Advanced 4x4 system, and a starting price of $32,660. Our vehicle rides on 17-inch wheels and has a Cyber Orange exterior finish, plus a few exterior upgrades, including front and rear splash guards and roof rail-crossbars.

The New Bronco: All The Details Plus Pricing

Inside the cabin, we went for brown leather-trimmed seats, an additional cargo mat, front and rear carpet mats, and a cargo management system. Thanks to the Badlands Package, our car also has the premium Bang & Olufsen audio system connected to Ford’s SYNC3 infotainment system. The said pack also adds an off-road suspension, an all-wheel-drive system with seven selectable modes, a front 180-degree camera with a split view and washer, and others.

It’s worth mentioning that the Bronco Sport First Edition has a higher starting price than our Bronco Sport Badlands at $38,500 but the model’s already sold out and will no longer be available to order.