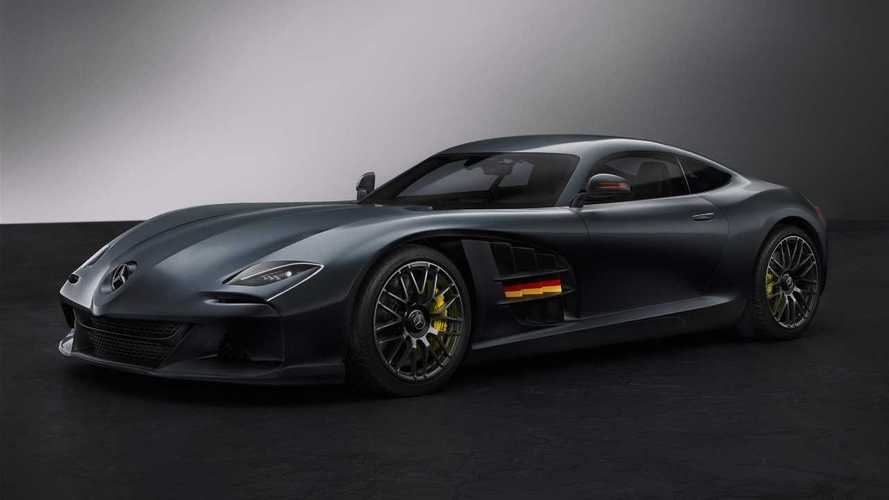 The iconic SLR McLaren certainly has plenty of fans.

Just about every supercar in the history of motoring is memorable. However, there are a handful of machines that transcend the boundaries of merely being impressive. It seems like the 20-year span from the mid-1980s through the mid-2000s was ripe for such creations, including the one that inspired these renderings from Georgi Bozhkov at Bēhance.net.

Of course, we’re talking about the Mercedes-Benz SLR McLaren. Born in the early 2000s when McLaren and Mercedes still had a business relationship, it’s impossible for a car enthusiast to not immediately recognize it. The miles-long hood with its F1-inspired design hides a 5.4-liter supercharged V8 producing 617 horsepower. That number doesn’t drop jaws these days, but in the early naughts, it was a game-changer. That combination of design and power has elevated the SLR McLaren to iconic status, and it remains a strong influence on designers to this day.

That’s certainly the case for this take on a modern SLR design. Bozhkov calls this car the Mercedes-Benz SLR-AMG Vision Concept, and it’s not simply an old SLR with some minor tweaks. In his comprehensive Bēhance post, several images show the car from all angles while also offering some background on how he created this modern supercar. Inspiration primarily came from the SLR, but he also incorporated classic Mercedes design cues from the 1950s and 1960s. It’s certainly a striking design with a properly long hood and modern headlights, and the German flag incorporated into the fender vents is a very cool touch.

This design has the appearance of an idea finely tuned over a period of time. That’s because it was developed over time – two years to be exact. Bozhkov says he started with hand drawings back in 2018, and gradually developed them into what you see here. You’ll also be surprised to learn that he doesn’t have a background or professional training in automotive design. He’s a talented 3D artist who loves cars and is clearly inspired by the SLR McLaren, and boy does that passion come through here.

Hit the source link below to see additional renderings and backstory on this impressive project.