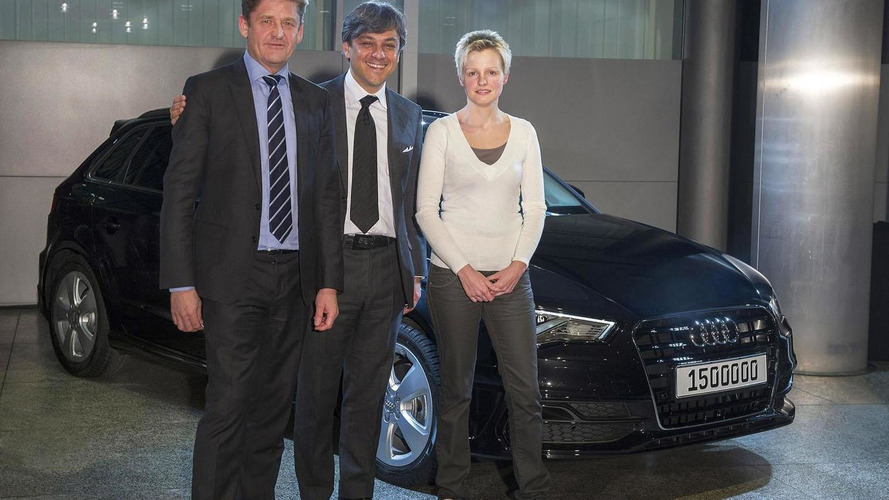 The executive declined to go into specifics but said “We will continue to write this success story and expand our product range from the current 49 to 60 models." He went on to say "We see a great deal of potential, particularly in the SUV segment and in the especially prestigious full-size category.”

Speaking of the SUV segment, Audi has already announced plans to launch a Q1 in 2016. It could be joined by a variety of other crossovers including a Q2, Q4, Q6 and Q8. Stadler's comment about the "prestigious full-size category" also raises the possibility of the long-rumored A9 which could be a coupe or an Allroad sedan.

Regardless of what's planned, Audi has delivered more than 1.5 million vehicles to customers this year. To celebrate the milestone - which occurred two years ahead of schedule - the 1.5 millionth car, an A3 Sportback, was personally presented to its German owner by Stadler and sales chief Luca de Meo.