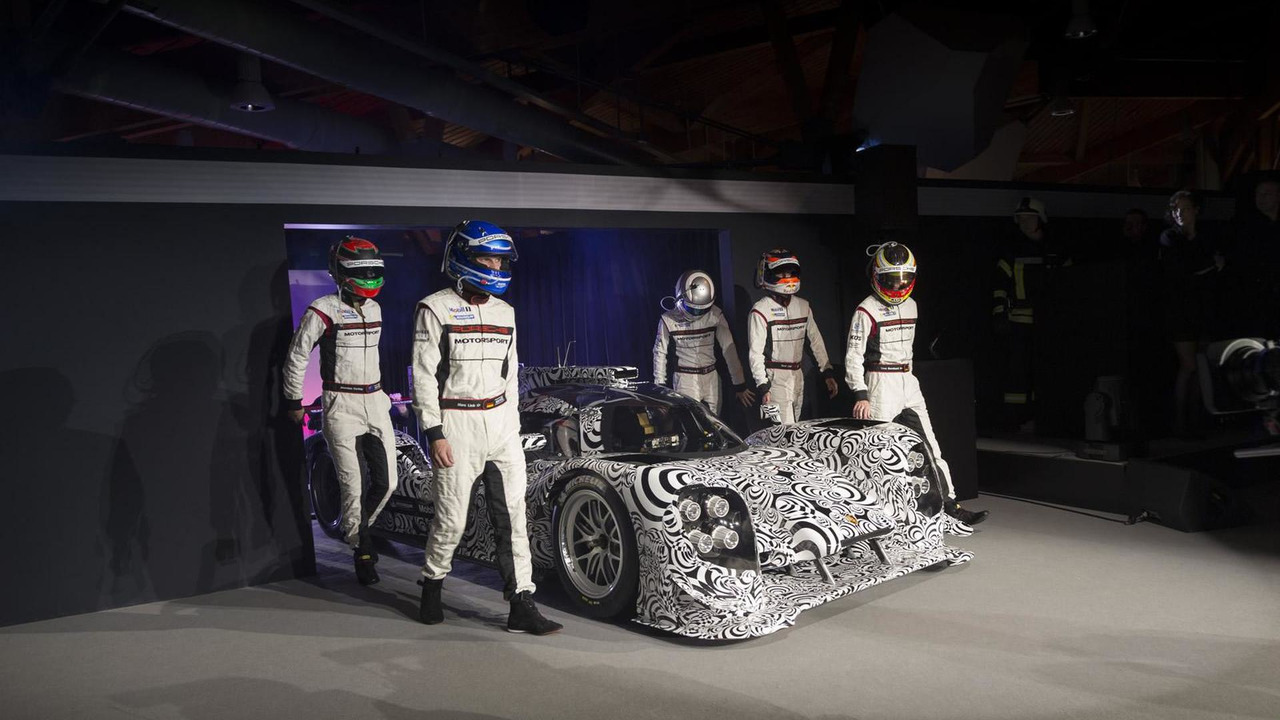 Porsche's LMP1 racer was presented with the "919 Hybrid" nameplate at Night of Champions event in Weissach.

Porsche's LMP1 racer was presented with the "919 Hybrid" nameplate at Night of Champions event in Weissach.

The 919 Hybrid was unveiled by Porsche last weekend in Weissach at the Night of Champions show ahead of a forthcoming 2014 season in which the car will be driven by Mark Webber, Neel Jani, Timo Bernhard and Romain Dumas. Also part of the team will be Porsche works driver Marc Lieb and Brendon Hartley from New Zealand.

Former Formula 1 driver Mark Webber was not present at the event since he is still currently a Red Bull driver so is not allowed to advertise with Porsche. This situation will change at the end of the month when his contract with Red Bull will come to an end.

As a reminder, power of Porsche's LMP1 racer will come from a 4-cylinder, 2.0-liter gasoline engine working together with two KERS systems.