In 1970, the Alfa Romeo Montreal was shown to the world at the Geneva Motor Show. Actually, it appeared in 1967 as an unnamed concept car during an event in Montreal. Since it was unnamed, folks just called it Montreal and when Alfa Romeo decided to build it, well you get the idea.

That was 50 years ago. The suave 2+2 coupe would ultimately enjoy a seven-year production run, but to celebrate the car’s debut, Pedro Ruperto Mallosto whipped up a modern interpretation on the classic design and there’s no other way to say this – it’s a looker. It helps that the original Montreal was also a very attractive design, but this reboot is simply sensational. 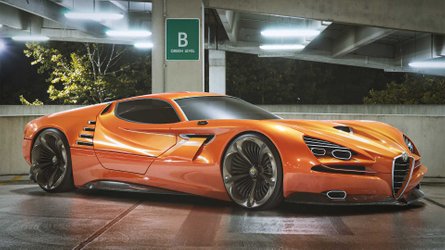 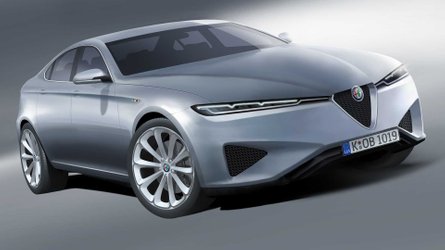 The design wasn’t simply a flight-of-fancy. According to the post at Behance.net, this modern Montreal was created for an Instagram design challenge set forth by Alfa Romeo. It reportedly won second place among all the entries, and from our vantage point, it’s a well-earned spot as this interpretation does a great job of combining classic elements with modern flair.

Arguably the most identifiable aspects of the Montreal are the horizontal vents in the C-pillar, and the headlight grilles on the car’s long hood. Incorporating the vents on an updated version shouldn’t be a big deal, but incorporating the grilles with a modern headlight design isn’t plug-and-play. To that end, we think this creation does a fantastic job of blending old with new. And how about the four-leaf clover integrated into the driving lights? It’s a very clever way to signify this as a Quadrifoglio.

Since this was created for a design contest from Alfa Romeo, does this mean there are plans to reboot the Montreal? Given the current state of the world, not to mention the struggles facing Alfa Romeo, it’s highly unlikely to happen. As such, we’re left with creations like this and our imaginations to bring them to life.

Hit the source link below to see several other renderings from this extremely talented artist.