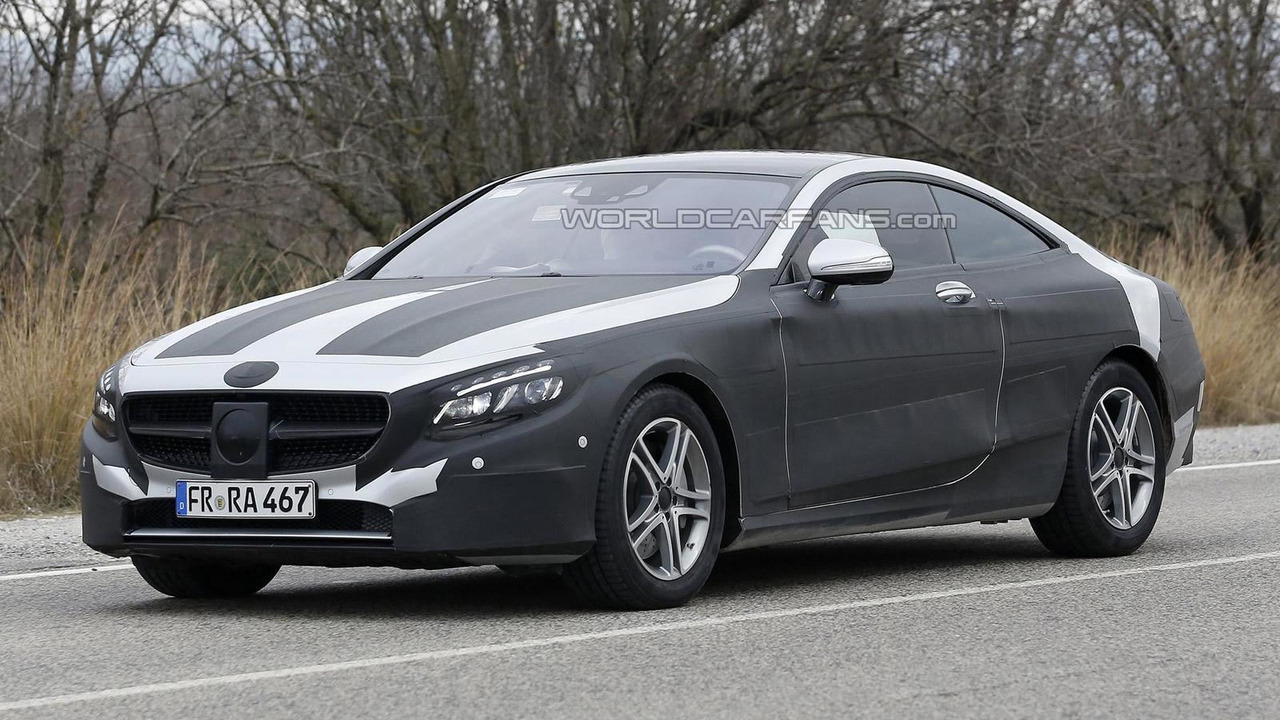 Our spies managed to photograph four prototypes of the Mercedes-Benz S-Class Coupe in different locations on the old continent.

Our spies managed to photograph four prototypes of the Mercedes-Benz S-Class Coupe in different locations on the old continent.

We are getting closer and closer to the official unveiling of the 2014 S-Class Coupe which is why the number of spotted prototypes has increased in the recent period. Today we have four spy photos taken in four locations within Europe, showing camouflaged prototypes undergoing some last-minute testing ahead of what will probably be a March 2014 reveal at Geneva Motor Show.

The vehicle photographed in the snow was part of a large Mercedes-Benz test group in the Swedish Lapland testing at temperatures below -20 degrees Celsius (-4 Fahrenheit). The silver car was seen on the public roads of Spain testing together with several S-Class sedans and the upcoming CLS & CLS Shooting Brake facelift.

As for the black prototype, that car was grabbed on camera outside the firm's R&D department in Stuttgart and was heading to the Autobahn. Lastly, the prototype wearing a psychedelic camouflage was photographed tackling the Nürburgring.

The 2014 Mercedes-Benz S-Class Coupe will borrow its engine lineup from the sedan and will receive a range-topping S63 AMG Coupe version packing the same twin-turbo V8 5.5-liter with 585 bhp (436 kW) as the high-performance sedan.