It's part Lamborghini, part Pantera, and all awesome.

At this point, the year 2019 seems like centuries ago but it's when we first saw this delectable supercar. The Ares Design Panther made its photo debut last March and arrived at Italy’s Concorso d’Eleganza Villa d’Este for an in-person appearance in May. We might have seen it at the prestigious event this year if it hadn’t been canceled, but we’re seeing it now in a new set of photos from Ares Design. And it still looks absolutely fantastic.

The occasion this time around is to showcase the production version of the machine not just in photos, but video as well. Titled Shaping Carbon, it’s a two-minute ode to automotive cinematography with artsy splash screens, up-close shots of wings and vents, and slow-roll panning views of the Panther – or Panther ProgettoUno as it’s officially known. We already know what’s on your mind with this and the answer is yes. We get to see the pop-up headlights in action. You're welcome. 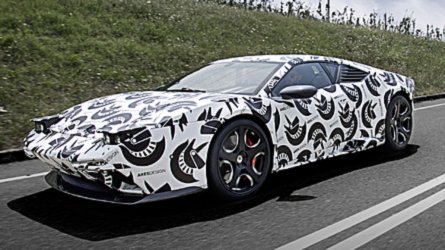 Ares Panther Is A Modern Interpretation Of The De Tomaso Pantera 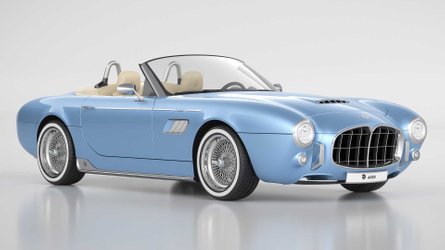 Actually, we get to see the entire car in action. The video includes some glamorous shots of the Panther zipping through the Italian countryside, mixed with flashes of the car’s build process for its carbon-fiber body. Music permeates the clip, but we are treated to a few moments of the Panther’s mechanical symphony from its naturally aspirated 5.2-liter V10. The mill is said to make 650 horsepower (485 kilowatts), which goes to all four wheels through a seven-speed dual-clutch transmission. Ares says 0-60 mph happens in 3.1 seconds, with a top speed greater than 202 mph (325 km/h).

If all this sounds familiar, it should. The Panther’s DNA is closely shared with the Lamborghini Huracan, and if it looks familiar, the body is a modern take on the ‘70s DeTomaso Pantera. If you want one, you better be quick on the draw because Ares Design originally planned to make just 70 at a cost of approximately $695,000 each. However, this latest announcement reduces production to just 21, with pricing available on request. Production is currently underway.