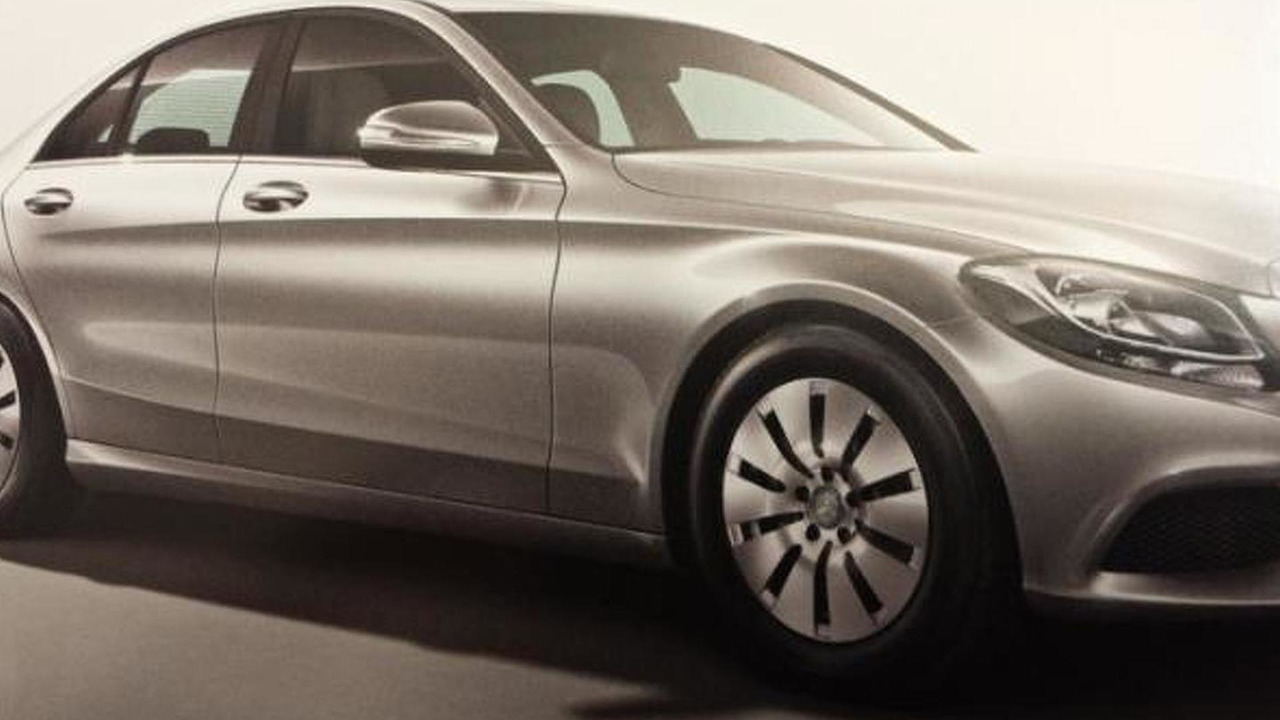 A new image of an undisguised 2014 Mercedes-Benz C-Class has surfaced the web, ahead of a possible online reveal set for next Monday.

A new image of an undisguised 2014 Mercedes-Benz C-Class has surfaced the web, ahead of a possible online reveal set for next Monday.

We have already seen the new C-Class in all of its mini S-Class glory but we are sure you won't mind taking a glance at another picture of the compact German executive sedan. The pic is hosted on imageshack and most likely is a photo of a brochure providing us an up close view of the car which will get its public outing next month at the North American International Auto Show.

Upon launch it will be reportedly available as a C220 BlueTEC diesel with 170 bhp (127 kW), a C180 with 156 bhp (116 kW) and a C200 delivering 184 bhp (137 kW). Riding on the Modular Rear Wheel-Drive Architecture (MRA), the next-gen C-Class is expected to be 100 kg (220 lbs) lighter than the outgoing model and will be available with an Airmatic suspension as well as an adjustable radiator shutter known as Airpanel for the Line Exclusive trim which is said to replace Elegance.

As a reminder, Mercedes-Benz already showed us the interior cabin which will be considerably more upscale and will host an optional 8.4-inch color monitor, touch-controlled pad and a head-up display. The air conditioning system will utilize GPS data to detect incoming tunnels in order to automatically close the air recirculation flap.

Expect an online reveal on December 16, next Monday.