Not only is the Kia K5 a looker, but it’s pretty efficient, too.

Kia has a new mid-size sedan with a new name – the 2021 K5. Replacing the aging Optima, the stylish four-door goes on sale later this month with a starting price of $23,490 and up to 32 miles per gallon combined, depending on how you spec it. Of course, the EPA gave us an idea of the K5's fuel economy figures back in May, but now the Kia has made it official.

The base Kia K5 LX with front-wheel-drive and the standard turbocharged 1.6-liter engine is the most efficient of the group, returning 29 mpg city, 38 highway, and 32 combined. Next-best are the front-drive LXS and GT-Line models, which get 27 mpg city, 37 highway, and 31 combined. All-wheel-drive versions drop the overall figure, obviously, but the K5 still gets up to 29 mpg combined with power at all four wheels. 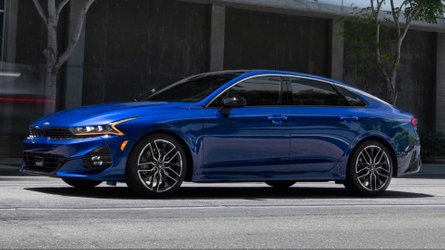 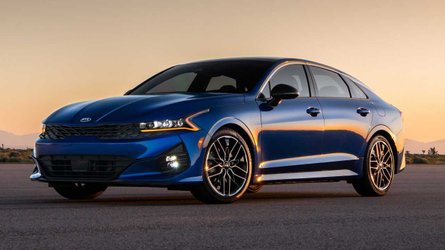